“Newton thus loses one of her most valued women and one who has done great things for the city along cultural lines.”  Evening Kansan Republican, 13 November 1923.

Some people leave a legacy that stretches beyond their lives. Elizabeth Clarke Boyd, who moved to Newton in 1887,  created a foundation for many cultural activities in Harvey County.

Born in London on July 12, 1852 to Robert and Mary Clarke, Elizabeth Clarke came to the U.S. after her parents died. She graduated from the Boston Conservatory of Music and in 1884 from Shimer College (also known as Mount Carroll Seminary).  In addition, she was “recognized  as a concert singer.”  She was the head of the Music Department at Bethany College in Topeka until her marriage to Dr. Gaston Boyd.

Dr. Gaston Boyd was a respected physician in the Newton community.  In addition, he was involved with the forming of Harvey County and the city of Newton since the beginning. In 1868, he married Jennie Williams.  They moved to the rough new town and lived in an apartment above Dr. Boyd’s building at 619 N Main in Newton. They had five children, Two daughters, Lois and Mable died of diphtheria in 1877.  Tragedy struck the Boyd home again on May 5, 1886.  Jennie Boyd was giving her 8 year old daughter, Edith, a music lesson in the parlor.   During the lesson, Mrs. Boyd was “taken with a sinking spell and the child ran first for the house girl and then for her uncle B.Y.Boyd.”  The Newton Kansan reported the events of the next few minutes:

“Her sufferings lasted but a few minutes, and when Dr. Boyd arrived the spirit of the loving wife whom he had but a few minutes before left in good spirits . . . had passed to the world beyond, leaving a husband, two children and a babe two months old.”

The late 1880s were a time of growth in Newton and the interest of the leading citizens was on cultural activities.  The new Ragsdale Opera House was complete, new homes were going up on west Broadway and east 1st. The violent cow boy era was indeed gone.  Into the era of excitement and interest in cultural improvement Dr. Boyd brought his new wife, who had a passion for music and education. They made their home at 408 West Broadway in Newton. 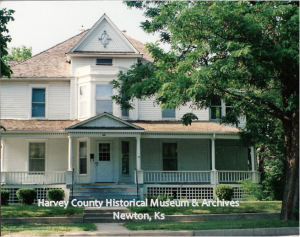 Director of Music for Newton Schools and Local Organizations

Mrs. Boyd immediately put her skill as a musician and concern for education to use. She took a position as the first director of music in the Newton schools.  She had the talent of recognizing and encouraging talent in others and a “number of Newton people were encouraged through her to look toward higher attainment.”

She also felt it was important that adults have the “opportunity for musical expression.” The Newton Musical Union was formed under her direction for that purpose.  Members participated in a music festival in Hutchinson with choruses from all over the state singing some numbers  as one big group with Mrs. Boyd as the director. 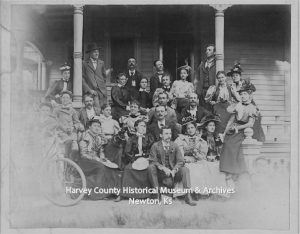 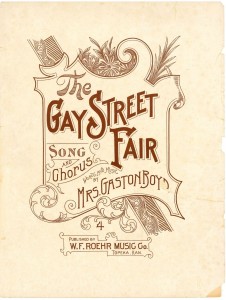 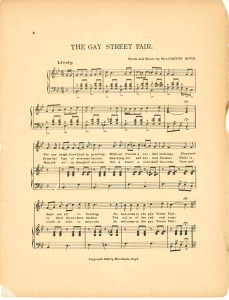 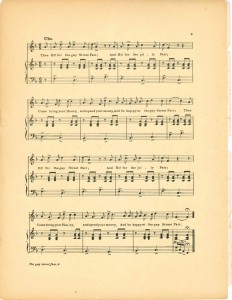 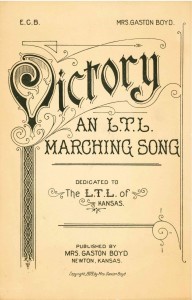 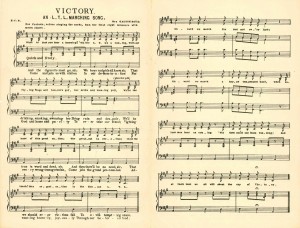 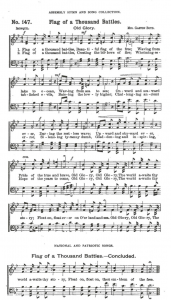 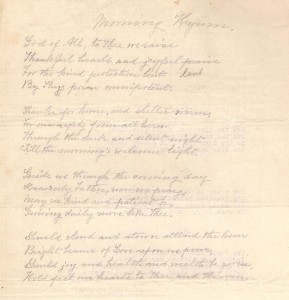 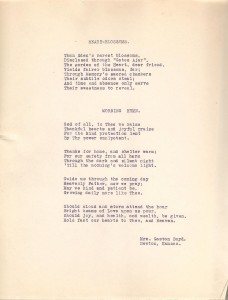 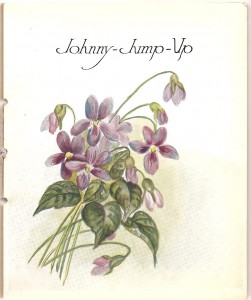 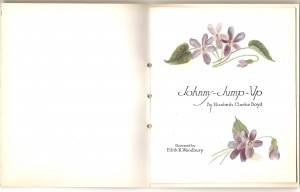 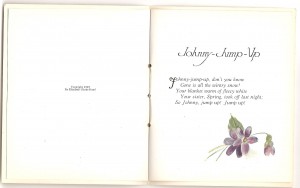 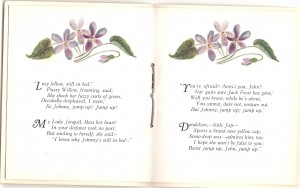 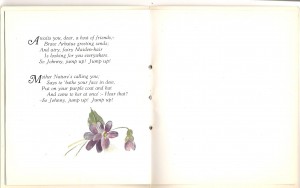 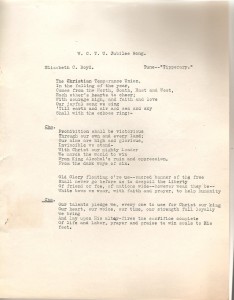 Words to song written by Mrs. Gaston Boyd for the W.C.T.U. HCHM Archives 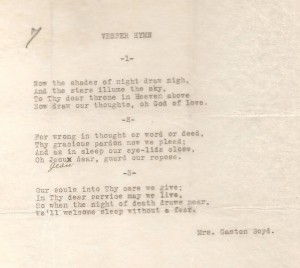 “the number that which touched the hearts of most deeply was a Vesper hymn of which the words and music were the composition of Mrs Boyd herself.”