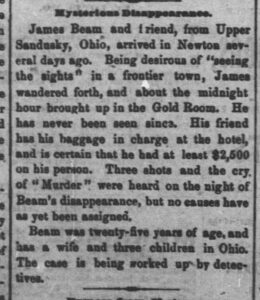 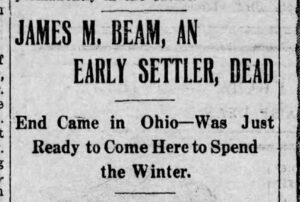 The Dark Period: The Spivey Ticket 1871

To celebrate Newton’s 150th Birthday, we are sharing stories from the very beginning of Newton. The time between May 1871 and early 1873, was a turbulent time for the new railroad town with the reputation for being a violent, lawless town. 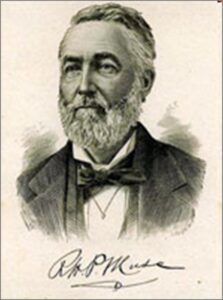 Most questionable were the missing records. Judge Muse reported in 1881 that Dr. Gaston Boyd was to take a census in 1871, but Muse could find no evidence it was taken. Also absent were the minutes of the proceedings of the first city and county commissions and large amounts of money were unaccounted for.

“We have examined the files and records of the office of the county clerk and can find no record of the report of said census, nor can we find aught in the proceedings of the County Commissioners . . .all important papers, which should have been filed in that office, are missing.”

He ominously charged that a “Tweed Ring” had formed in early 1872. “Large amounts of money had been wrongfully issued in the shape of warrants and paid out without sanction of law.”

He further noted that

“Indignation Meetings” were held to find the truth of what happened, but it was soon apparent that “it was an uphill business to commence proceedings against the suspected officials, and the matter was finally dropped.”

Missing money and records were visible result of the power play for Newton’s future in the earliest years.

The Topeka and Emporia newspapers, along with Judge Muse’s 1881 history, help build the picture of what was happening in Newton in 1871-73 – “THE DARK PERIOD.”

The August 23 issue of the Daily Commonwealth described the law enforcement situation in Newton, “a town of fifteen hundred inhabitants, among which are some of the most uncouth and reckless men in the world, who need the restraints of the law . . . has to rely upon the township organization for its government.”

There were two township justices and two constables that lived in Newton along with a deputy sheriff. One of the constables and the deputy sheriff received pay from a funds raised by the gamblers and saloon owners. There was no city government and county law enforcement came from Wichita in 1871.

Against this backdrop of lawlessness and violence, a city was trying to organize. There were two groups battling for the future of Newton. One group consisted of the law-and-order businessmen, including men with railroad interests. Largely from the north, the group included Union Civil War veterans and those interested in creating a town that was free of violence, known for prosperity and attractive to families. Leaders from this group included Judge RWP Muse and R.M. Spivey.

The other side became known known as the “Gold Room Faction,” named for the popular saloon in the 600 block of Main owned by Isaac Thayer, where the men gathered.  The Gold Room Faction consisted of the saloon owners and others that benefited from the transient and cowboy trade, including a contingent of men from Texas. They reportedly owned at least a third of the town. (Daily Commonwealth, 27 Aug 1871) Many of these men were former Confederate soldiers, adding to the tension.   The conflict between the two factions played out in the earliest two elections for city council in the late summer of 1871 and 1872.

The shocking violence early on Sunday morning, August 20, 1871, where five men ultimately died, made everyone aware that changes had to be made. The day following the “Newton Massacre, there seemed to be an attempt to achieve some sort of unity. Several steps were taken to address the violence. One reporter went so far as to note that “no people [had]more regret about the sad shooting affray than the Texas men.”  (Topeka Commonwealth Sept 7, 1871).

A notice appeared in the August 25, 1871 edition of the Topeka Daily Commonwealth that stated, “The citizens of Newton have formed a vigilance committee and have issued a warning against all dance halls.”  The August 27 issue reported an ordinance was in place that forbade the carrying of weapons in Newton.  The leading men from both factions worked together to hold an election to form a city government.

The initial ticket was a compromise with representation from both businessmen and the Gold Room.  From the businessmen, R. M. Spivey was nominated for mayor, and Jerry Johnson Barker, a ST&SF Railroad lawyer, was nominated for police judge. Of the other five nominees for city council only one was a businessman with no ties to the cowboy trade, L.E. Steele. Bill Dow, E. Chamberlain and J. B. Cunningham operated saloons, and James Gregory, a major force in Newton, was a partner in the most lucrative wholesale liquor business in Newton.

Tom Carson was nominated for sheriff. Carson was already at odds with the cowboys in town and not a popular choice. 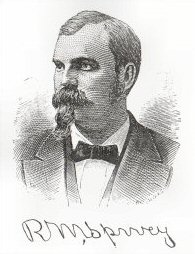 An election was held on August 28, and according to the newspaper “passed off quietly. The utmost good feeling prevailed, as all the tickets contained candidates generally acceptable to the people.” 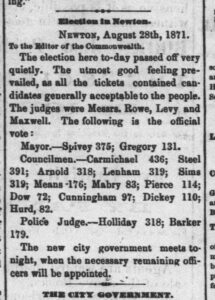 At the last minute, James Gregory put his name in for mayor, breaking away from the compromise. Even though R.M. Spivey was elected mayor and  George Halliday police judge, the  wedge between the two groups was reopened.

Even with the renewed rumblings from the Gold Room Faction, the first meeting of the new council reportedly went well.  The Topeka Daily Commonwealth was encouraged noting:

“A meeting was held a few days since, at which it was resolved to bury all past difficulties, and to appoint a police force composed of Texas men and Newtonians.  It departed amid a burst of enthusiasm and good feeling.” (27 August 1871)

The town’s reliance on the transient cowboy trade in 1871, gave the men of the Gold Room Faction tremendous influence. One person observed that it seemed as though “the rogues, gamblers and lewed [sic] men and women run the town” even as steps toward law and order were taken. (Wichita Tribune, 24 August 1871). In addition, the close tie with the cattle trade and the success of the town was critical in 1871. As one reporter observed; “Texas support is, and will be, the foundation of the prosperity of Newton. The cattle trade is the jugular vein of its business.” (Topeka Commonwealth, 27 August 1871)

Between the fall of 1871 and the spring of 1872, it is not clear how much Spivey was able to accomplish.  He faced constant challenges from the powerful Gold Room faction, while at the same time working toward establishing Newton as a third class city. Although the violence lessened, Newton remained a lawless town. James Gregory remained a powerful force.

On February 22, 1872, the District Judge in Cottonwood Falls approved the petition to establish Newton as a third class city. The first election for city officers was scheduled to take place the first Monday in April 1872.

*As a result of wounds received during the war, Spivey had lost one arm.