When I was working on the exhibit Up the Beaten Path: Following the Chisholm Trail I ran across a short remembrance of the cattle trade in Harvey County that became one of my favorite stories.

Cornie R. (Royston) Reese (Mrs. John C.) recorded a brief story she had been told when she was a young girl growing up in Harvey County.

“The cow boys used to drive the cattle to Newton and let them browse along Sand Creek  while they would go to the gambling houses and saloons.  Mrs.O.B. Hildreth lived upon the hill over looking the cattle crossing of Sand Creek.  She said those roving cattle would devour her garden.  So, one day, she went out on her porch and yelled as loud as she could waving a red table cloth – she stampeded the herd and they ended up in Abilene.”

Mrs. Hildreth had spunk! I wondered what else I could find out about her.

In the spring of 1870, twenty-seven year old O. B. Hildreth, a Civil War veteran, arrived in Kansas.  He located on a quarter section of land in Darlington township.  A year later, he sent for his wife, Mary.  According to Mary’s obituary, “she came to Newton in April 1871 with her baby Harriet in her arms, to meet her soldier husband.”  Just getting to her new home was an adventure.  The Santa Fe Railroad had not yet completed the line to Newton, so Hildreth met his wife at Cottonwood Falls, “and they came the rest of the way in the covered wagon, camping over night at Peabody.”

The Hildreth family settled on the claim near Sand Creek (today 400 W 10th). During these early years, Mary “tasted of the loneliness of the pioneer woman to the depths.”   She had her second child, John, in 1873.  O.B. was  busy with the farm and breeding horses.  He was also engaged in the lumber business and laid out additions to the city of Newton.  His 1892 obituary noted that “the evidences of his progressiveness are to be found on every hand.”

In the early years, Mary was busy with family. From the 1880 census, it appears that in addition to the two children, O.B.’s parents also lived with them, as well as two boarders.   In 1892, O.B. died at the age of 49.
Postcards of the 10th Street Bridge located near the Hildreth home.

Mary was described as “a brave spirit, carrying on thru adversity, courageously and cheerfully, ever being an inspiration to the younger generation.” She was a leader in the community.  The first township election was held at their home and Mary made the ballot box.  As the community grew, Mary was involved in many activities.  “It was in the hospitable home on West Tenth street that many of the finer and better things for the community had their birth and their encouragement” including the organization of Newton’s Free Library and the Newton Flower & Garden Club.  She was a charter member of the Ladies Reading Circle established in 1880.

“For fifty golden years, she served,
In springtime and in bleak December,
A golden crown of love unswerved,
Shall deck our only chartered member.”

Where did the base for the Chisholm Trail Markers Come From?

This week we celebrated the placement of a new historical marker in Harvey County. One of the first markers to be placed featured the Chisholm Trail. 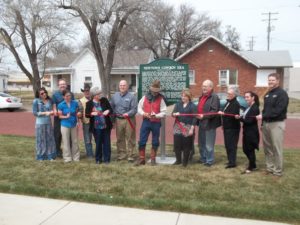 In the late 1960s, there was an effort to mark the route of the historic Chisholm Trail from Texas to Abilene, Ks.  Two local men, Art Frey and Menno Schmidt, dedicated themselves to this project. In Harvey County, there are two Chisholm Trail Markers, one near the Rec Center at W 4th & Plum in Newton and the other along K-15 near the Harvey/Marion County line.

The  Chisholm Trail marker along K-15. 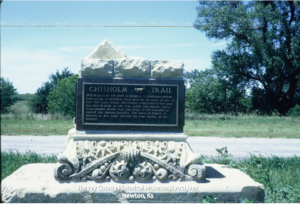 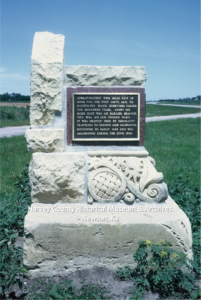 Chisholm Trail Marker along K-15 at the Marion/Harvey County line shortly after installation, 1970. 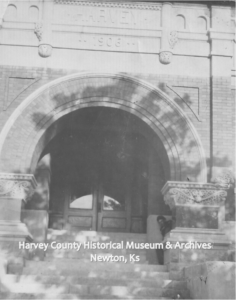 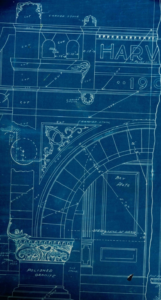 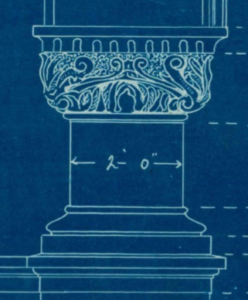 Demolition of the Harvey County Courthouse 1966 and preserving the pillars. 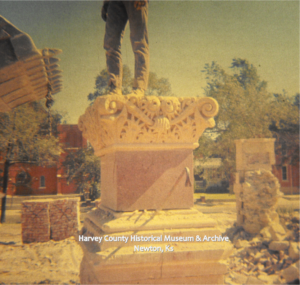 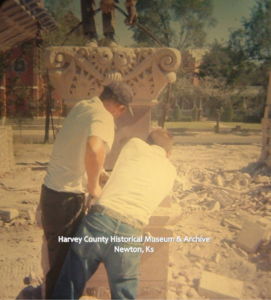 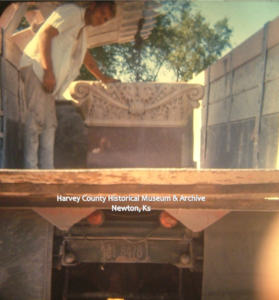 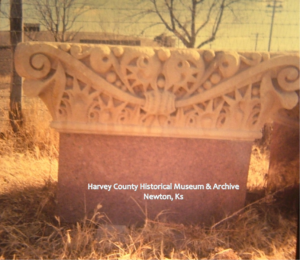 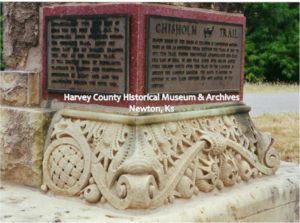 For a short clip of the installation of the Chisholm Trail Marker on K-15 follow this link:  https://youtu.be/GhNH9CCDDfc

In May 1871, a cow boy traveling through the area took note of the new town on the prairie.

“We crossed Bluff Creek into Kansas and passed Newton during the latter part of May.  A blacksmith shop, a store, and a dozen dwelling places made up this town at that time, but when we came back through the place on our return home thirty days later, it had grown to be quite a large town due to the building of the railroad.  It did not seem possible that a town could make such a quick growth in such a short time, but Newton, Kansas sprang up almost over night.” 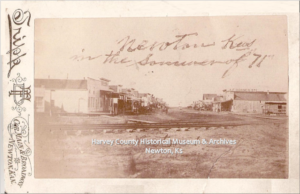 The stockyards were located a mile and half west of the town. Built under the supervision of Joseph McCoy, the Newton yards measured 300 x 400 feet, with the capacity to hold up to 4000 head. During that summer, 40,000 head were shipped to markets in the east from Newton, Ks.

Reporters from around the region were at the new cow town throughout the summer of 1871. They describe for their readers in the east the sights and sounds of a rowdy cow town.

A correspondent for the Topeka Commonwealth in Newton wrote on May 30, 1871.

Several thousand head of Texas cattle are now grazing in this vicinity waiting the completion of the road for shipment, and thousands more are coming in everyday: even this minute looking out my west door I can see two large herds entering the town, all waiting to ship from this point.” 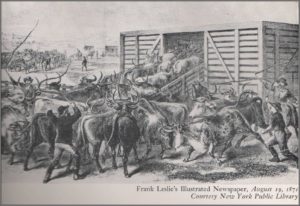 A correspondent for the Saline County Journal described the scene on the prairie on July 20, 1871

“The entire country east, west, and south of Salina and down to the Arkansas River is filled with Texas cattle . . . The bottoms are overflowing with them, and the water courses with this great article of traffic . . .  And the cry is, “still, they come!”

A reporter for the Dallas Herald noted on July 22, that

“The stream of cattle still pours in.  Its line is now continuous from the Rio Grande.  If the flow continues, the prairies will be inundated with Texas Longhorns before the close of the season.” 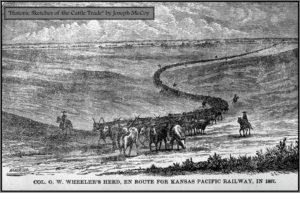 The local homesteaders were less enthusiastic with the influx of Texas longhorns. 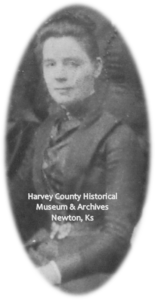 Mary Hildreth (Mrs. C.B.) lived on a hill over looking the cattle crossing of Sand Creek. She later shared a story of a day she caused a stampede.

Throughout the summer, she had difficulty with roving cattle that would devour her garden.  In frustration, one day she went out on her porch and yelled as loud as she could waving a red table cloth —her actions caused the whole herd to stampede . . . all the way to Abilene. 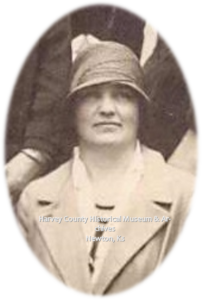 “The cow boys used to drive the cattle to Newton and let them browse along Sand Creek. They would go to the gambling houses and the saloons”  in Newton.

F. A. Prouty arrived in Harvey County in late August 1871 at the close of the cattle drive season. The homesteaders worked quickly in preparation for the next summer.

“We worked as fast as possible, stopping our building long enough to put up hay to carry us through the winter, which did not  take a large amount as we lost all our cattle with  Texas fever shortly after our arrival here.  In the spring of 1872, we bought quite a number of wild steers out of a Texas herd.  The cow boys would rope the steers and neck them together in pairs, a few days later we would have a yoke on them and have them with our broke cattle helping pull a plow.  The sight of a snake or unusual noise would often excite them and they would make an effort to stampeded.”

By 1873, the cattle trade had moved to Wichita and with it many of the problems associated with a cow town.