Recently a small pair of boys pants were donated to HCHM, still in the original store box. They were given to Henry  Frederick Dudte born in 1914 to John L and Anna M Dudte.  He grew up in Highland Township, Harvey County, Kansas. 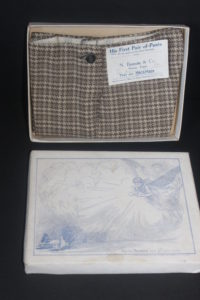 These pants were given to him “to be worn on his First Birthday,” but it appears he never wore them. 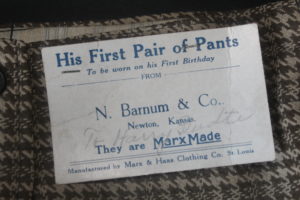 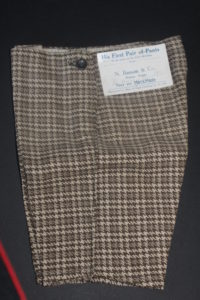 We know from photos that boys clothing has changed over the years.  In the 1890s, mothers continued the common practice of dressing their small boys in dresses or smocks with ruffles. It was not uncommon for siblings be dressed alike. 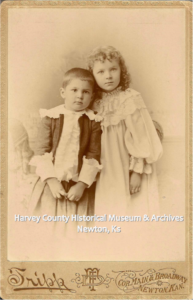 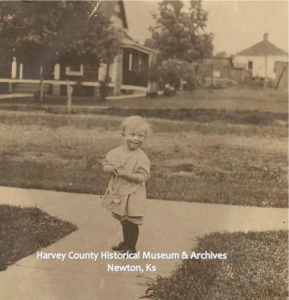 At the turn of the century children’s clothing began to shift to clothes specific to children and gender specific Dresses, smocks and ruffles were less common. 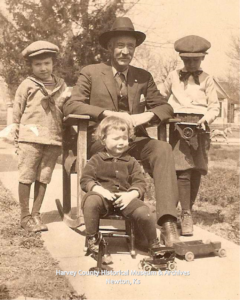 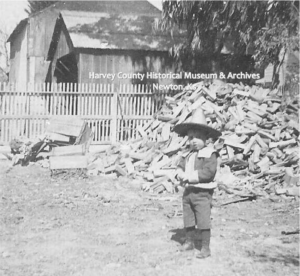 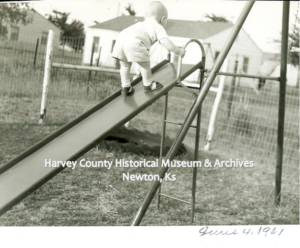