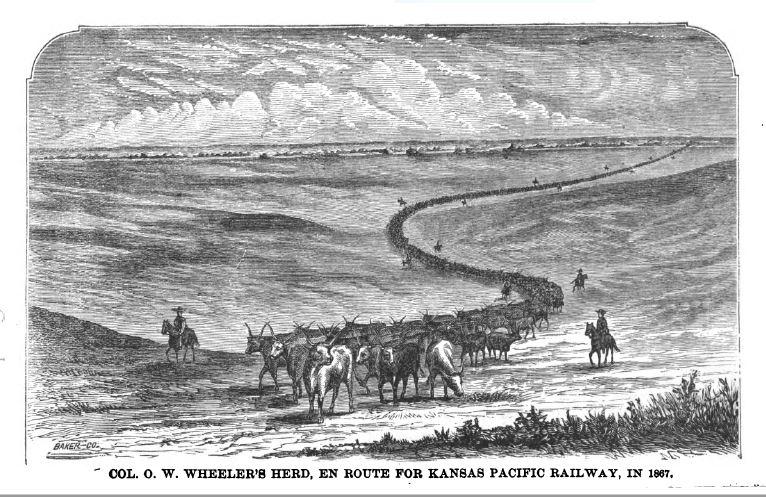 Herds of longhorn cattle from Texas used the Abilene/Chisholm Trail to pass through south central Kansas and today’s Harvey County on their way north to Abilene. After some passage of time, the cattle trail came to be called “The Chisholm Trail” after Jesse Chisholm (a trader, guide and interpreter) since a portion of the cattle trail followed part of his wagon route which moved supplies between Chisholm’s trading posts in Indian Territory and at Wichita, Kansas. Depending on the time period and the people who were talking or writing, the Eastern, Abilene and Chisholm Trail System was called “the trail,” the “Abilene Trail,” the “Kansas Trail,” the “Texas Trail,” or the “Northern Trail.” Illustration by Prof Henry Worrall (Topeka, KS). Used by Joseph G. McCoy in “Historic Sketches of the Cattle Trade of the West and Southwest.” Published by Ramsey, Millet & Hudson, Kansas City, MO. 1874.