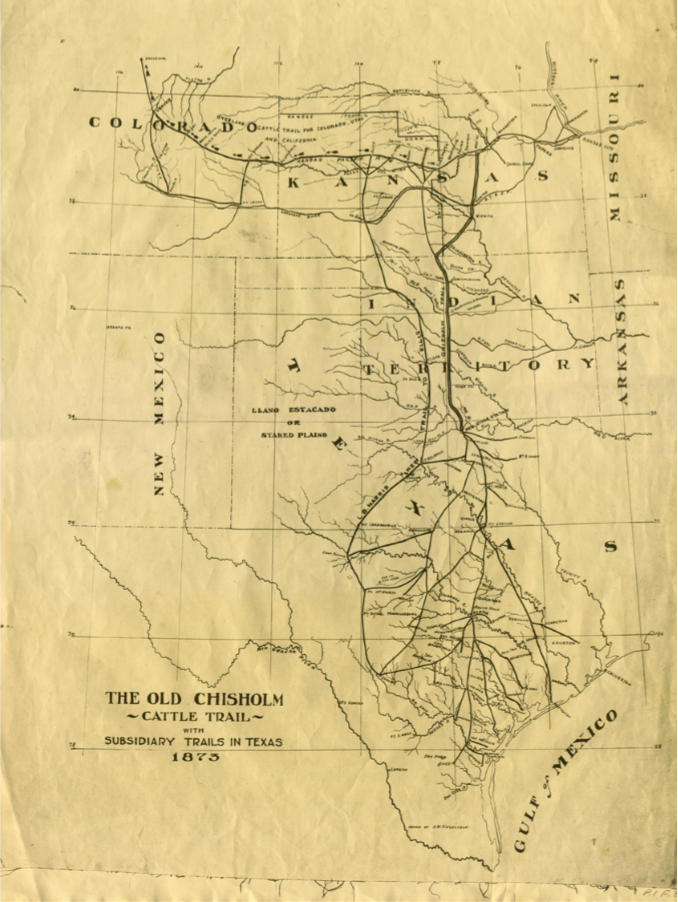 A Cattle Trail Traversed Harvey County. The Abilene/Chisholm Trail, 1867-1889, is one of the most important but possibly least known trails in American history. Realizing Texas cattlemen were having difficulty getting their herds to eastern markets, Joseph McCoy (a cattle dealer and businessman from Illinois) played a major role in establishing Abilene, Kansas as a rail head. He convinced the Kansas Pacific Railway to build a spur to Abilene, Kansas. McCoy then built a hotel, stockyard, office, and bank in the town. He followed through by promoting the rail head very aggressively and convinced Texas cattlemen to bring their herds to Kansas. In September 1867, longhorn cattle started to arrive in Abilene. The cattle were loaded onto trains and shipped east.