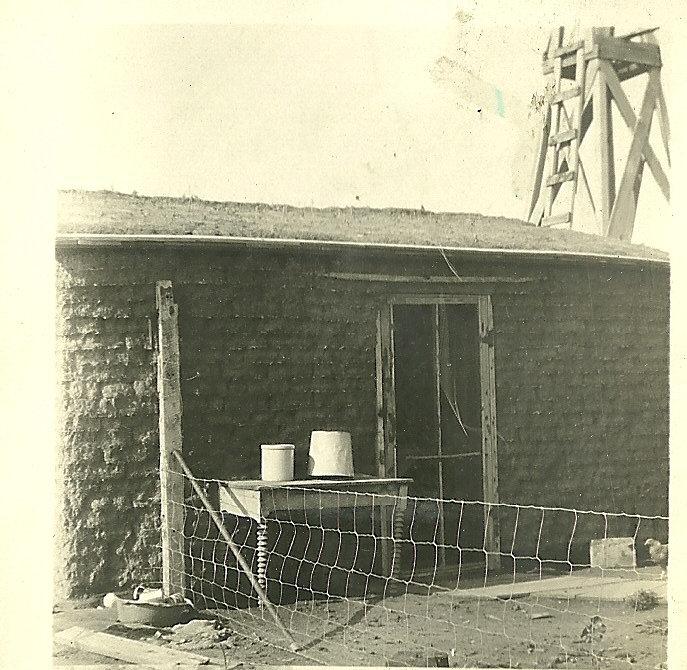 “Soddy” (sod house) in Harvey, Kansas. After the Civil War, there was a growing interest in settling the vast prairies west of the Mississippi River. Looking for cheap farm land, families and individuals immigrated to present day Harvey County. Early on, they came from Ohio, Illinois, and Indiana. Others were Welsh, Irish and French-Canadian settlers. Later, emigrants came from Pennsylvania, Germany, Ukraine (southern Russia), and West Prussia (present day Poland). Among the homesteaders were Civil War veterans. For those vets who had been on the Union side, there were special land concessions. In 1870 federal legislation, vets received 160 acres within the railroad grant areas. Legislation in 1872 deducted the length of their war service from the five year residency requirement. Photo from HCHM collection.