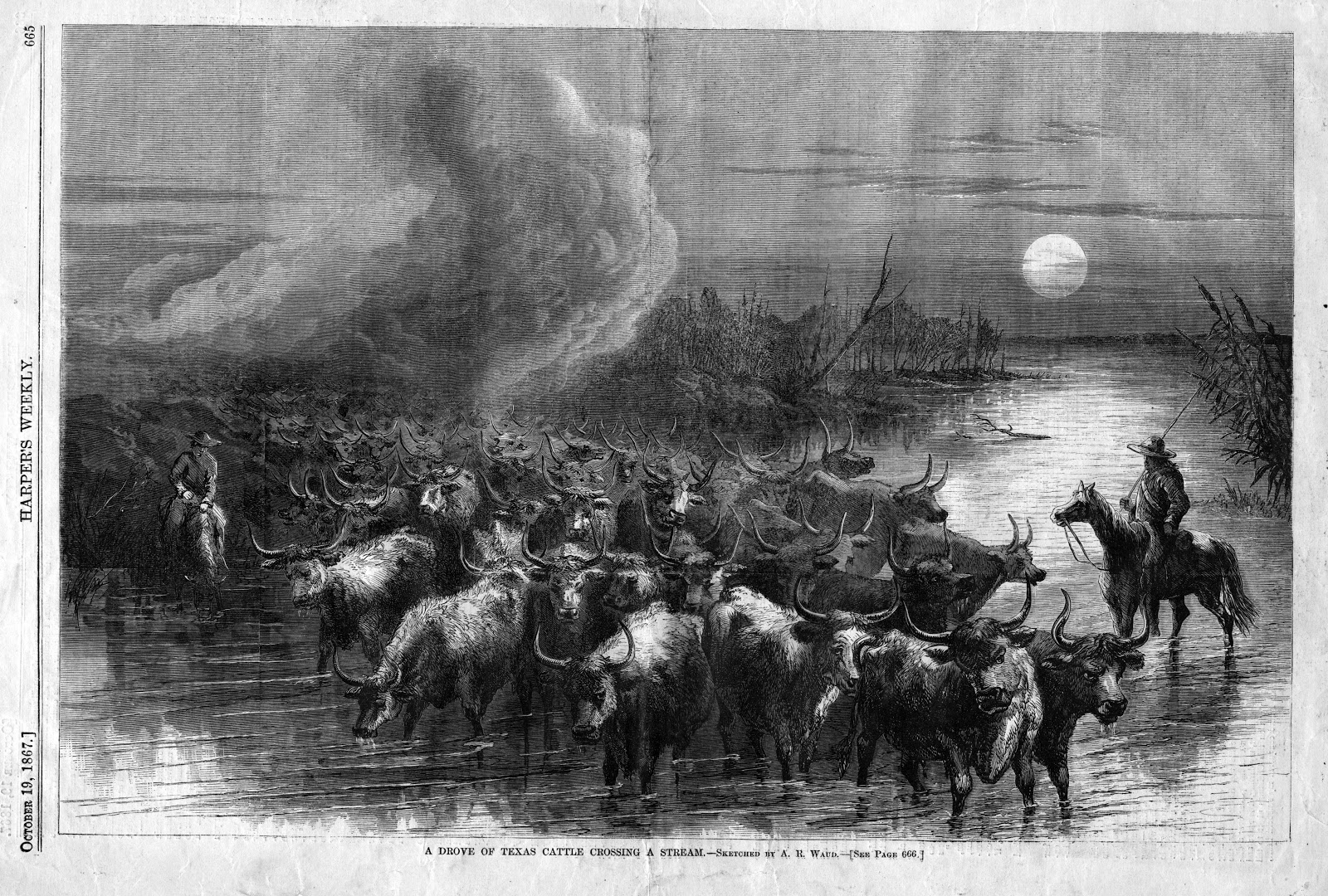 Drove of Texas Cattle Crossing a Stream. With the reality of immense profits to be made, Texas cattlemen looked for the nearest rail heads, resulting in an era of cattle drives going to Kansas cowtowns. More than four million longhorns were trailed north over the Abilene/Chisholm Trail. Newton developed into a well-known (but short lived) cowtown when the Santa Fe Railway selected a town site which would become Newton. By establishing a rail head here, the herds going to Abilene to their competitor, the Kansas Pacific, were intercepted at Newton. Joseph McCoy oversaw the building of Newton’s stockyards and convinced the drovers to sell their herds here. Beginning in July 1871, almost 31,000 cattle left the Newton stockyards during the 1871 season. In March of 1872, a Santa Fe branch line reached Wichita which caused a dramatic decline in Newton’s cattle shipments as Wichita became the primary cowtown.