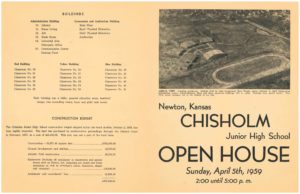 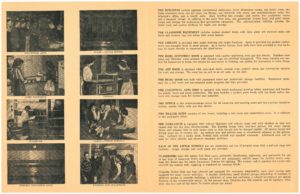 “Agitation for a New School Building”

Why was Lincoln School built in 1884 as “the pride of Newton” replaced after only 32 years of use? This question was recently posed on our Facebook page.  So, we did a little digging.

Agitation for a new building for the Lincoln School had started as early as 1912. In the years that followed, parents formed a booster group that raised money and awareness for the school. At the May 1916 meeting of the Board of Education a “large petition setting forth the needs of a new building . . . and asking that some action be taken” was presented by a committee composed of  booster parents. Following the presentation the Board President appointed a committee “to take up the matter of the new building and report their findings.”

“The Pride of Newton”

The Lincoln School was built in 1884 in what at the time was the center of the Second Ward school district.  A school was located there to accommodate the pupils from south of the track as well as west of Main street. Unlike the other wood frame grade schools, the new Lincoln School was a solid brick structure. At the time, “it was the pride of Newton.” 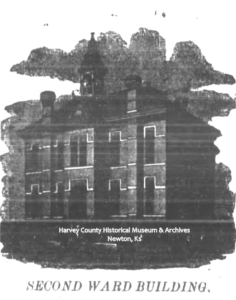 By 1916, conditions around the building has changed. Another factor was increased air pollution. The nearby roundhouse only housed two engines in 1884 so “the smoke nuisance was unknown.”  Over the years, the increased train related industry caused more smoke in the area. In addition, the neighborhood around the school had also changed.  In 1884, the homes around the school “were considered some of the very nicest ones in town.” By 1916, “conditions have changed.”  The building was no longer at the center of the the  2nd Ward and children were required to walk “great distances” to get to school.  Finally, the building was no longer “adequate for the size of school, causing congestion.” Increasing enrollments required class rooms with partitions beginning in 1913. The group believed that a new building was the only “satisfactory way” to address these needs.

At the June 1916 meeting, the School Board passed a  resolution “favoring a new building and site on west side.” The new grade school would be located  at the south east corner of the block on Ash & 6th. 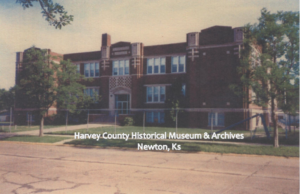 The architects for the project were Samuel Greenebaum and Arthur Hardy.  Greenebaum , a Newton native, graduated from  Newton High School in 1904. He, along with business partner Hardy, designed five buildings in Newton, including Lincoln Grade School.

“The citizens may be justly proud”

The new Lincoln School building opened for the 1917 -1918 school year on September 17, 1917. With enough space for all grades, it was expected “that the capacity of the new building will relieve congested conditions all over the city.” 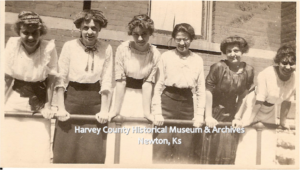 A new focus in education was on hands on training for 7th and 8th grades. The new structure had space specific for this purpose. The editor of the Evening Kansan Republican noted that “the new building is splendidly equipped to do manual training and domestic art and science.” 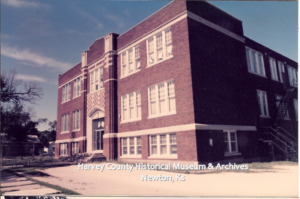 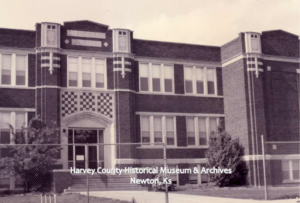 Today, the Lincoln School building is one of two buildings designed by Greenebaum and Hardy that remain in Newton. The former school serves as an apartment building, Lincoln Park Apartments.

The other Greenebaum building is the Railroad Savings & Loan Building – today known as the 500 Main Building on Newton’s Main. 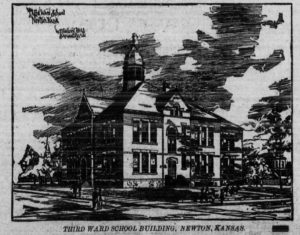 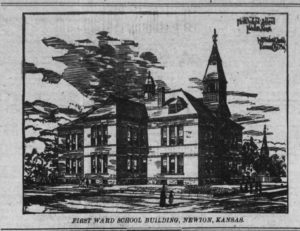 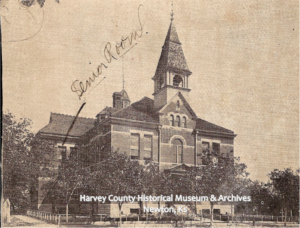 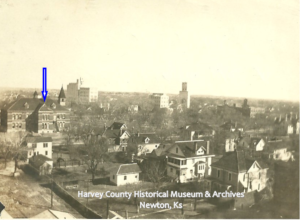 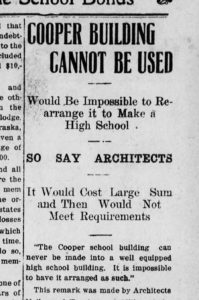 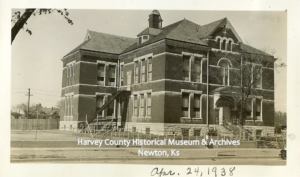 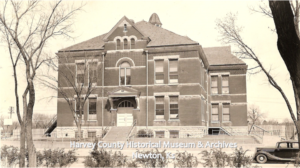 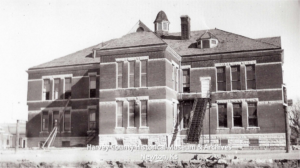 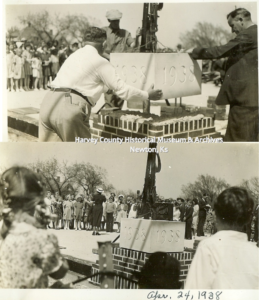 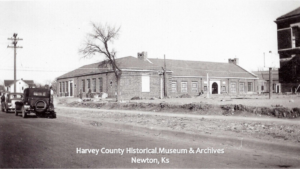 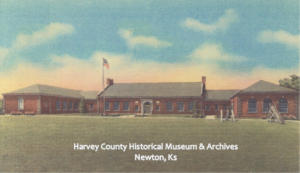 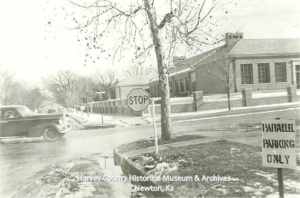 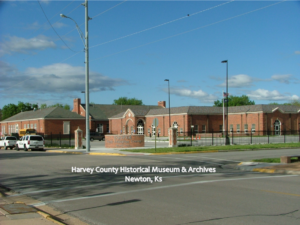