Behind the Scenes: HCHM Archives

“Upon these pages pure and white

are recorded those who fail to

Much of the work done by archival volunteers and staff is time consuming and tedious.  Once a document collection is donated to the Archives, the work begins to make it accessible to researchers. 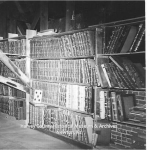 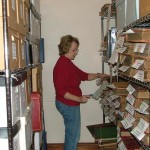 Finding aides and indexes are created by entering key pieces of information into a database.  Without these finding aids, it would be almost impossible to find specific information.

Recently, HCHM volunteer, Ellen Schneider, began creating a database of the Justice of the Peace Dockets for Harvey County. 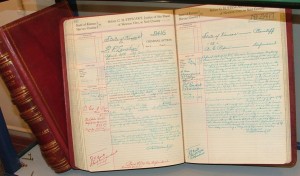 These huge books contain the day to day workings of the court, written out in long hand.  The dockets include civil and criminal cases from 1872 through the 1940s.

Ellen created a searchable database so that researchers could more easily find information on cases relevant to their project. 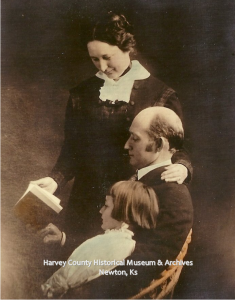 While creating a database of the Justice Dockets, Ellen discovered that Judge Charles H. Stewart often included poetry in the extra pages.

While others let the

Until the Sheriff quickly led

Them to the Justice who has said,

His 1946 obituary described Stewart as a “well known Newton citizen and justice of the peace” who had lived in Newton since 1876. He married Mary Ann Schowalter on August 28, 1898 and they had one daughter, Elizabeth (Mrs. Dwight Eells).

Thank you to Jane Jones, HCHM Archivist and her team of volunteers who do the painstaking work of organizing and indexing  the historic documents from Harvey County.