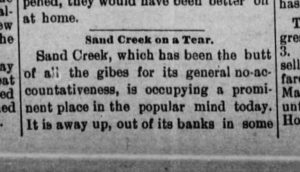 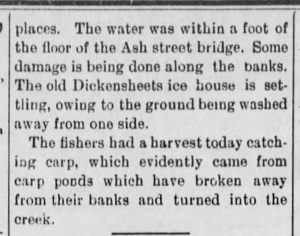 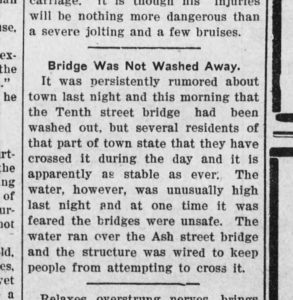 “Sand Creek, the despise and ridiculed, spread over its banks and overflowed the north end, for once a raging, destruction-dealing current.”

To read stories about the impact county-wide follow the link – Sand Creek Flood 1904.

The Flood of June 1904 was particularly hard on Newton’s bridges. 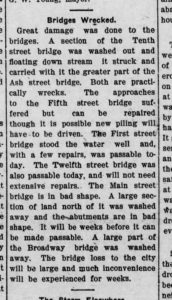 At the July 8, 1904 meeting of the city commissioners it was reported that

“the West First, West Broadway and West Twelfth street bridges are now in good shape . . . work on the Ash Street bridge will be commenced by Contractor Lewelled and his men as soon as the weather will permit.”

Alarming, but did not reach the “former record.” 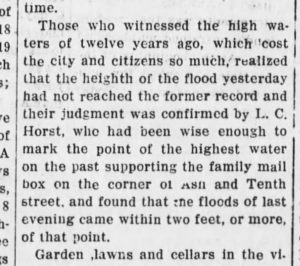 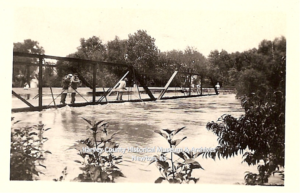 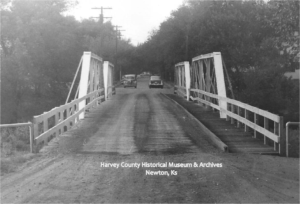 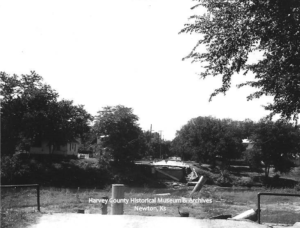 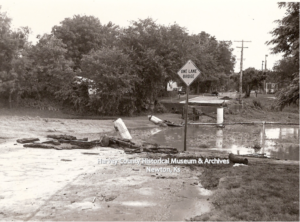 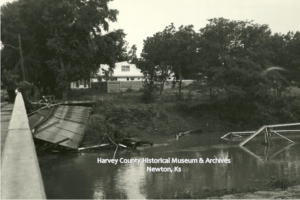 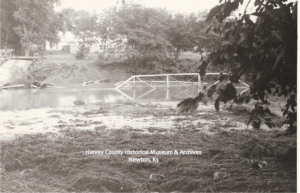 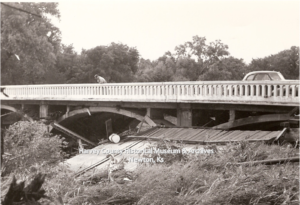 Debris from the Ash Street Bridge resting against the W. Broadway Bridge, June 1965. 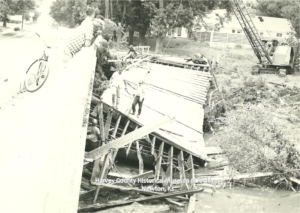 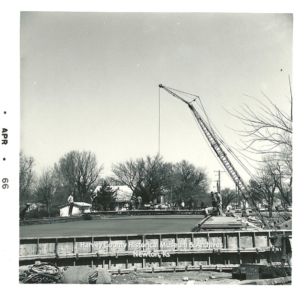 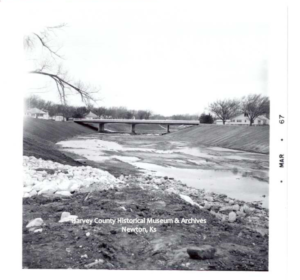 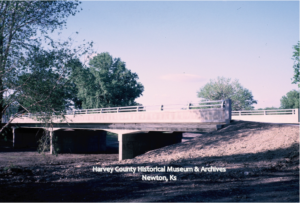 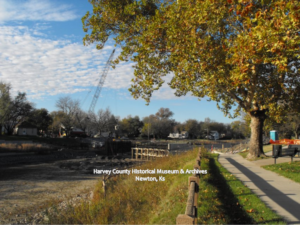 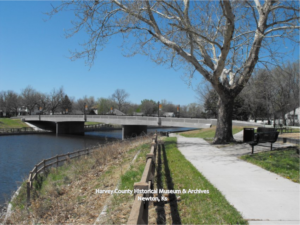 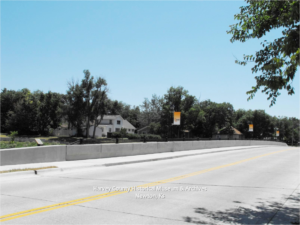 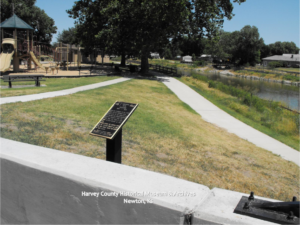 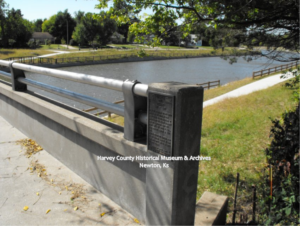 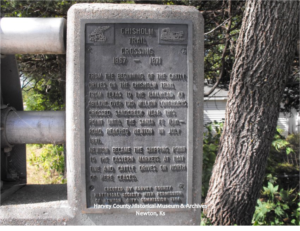