Many remember the flood of June 9, 1965.  Since this week is the anniversary of the flood, we are sharing more photos from our collection from that day. More photos and memories can be found on facebook and After the Flood – June 9, 1965. 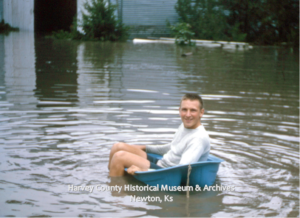 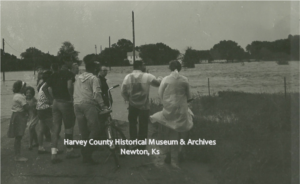 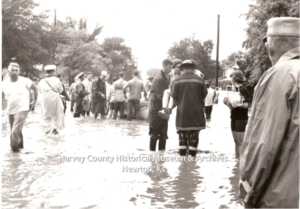 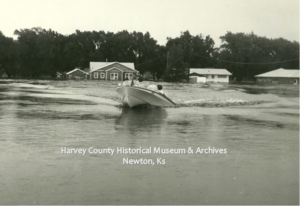 Scenes from Around Newton 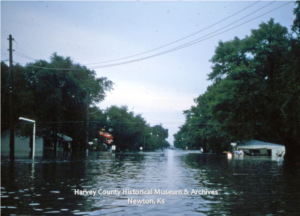 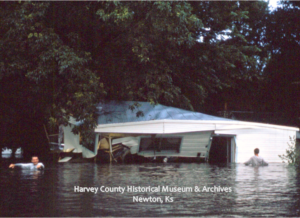 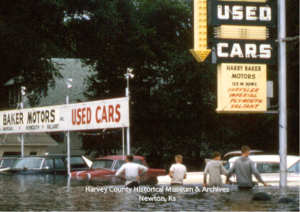 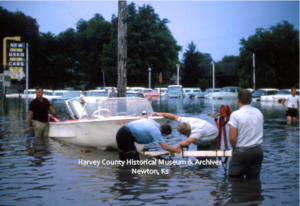 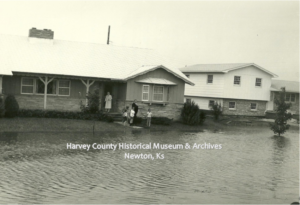 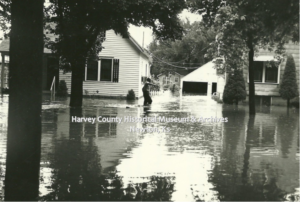 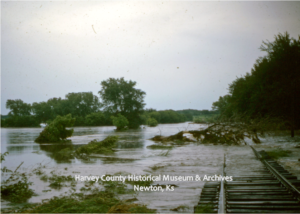 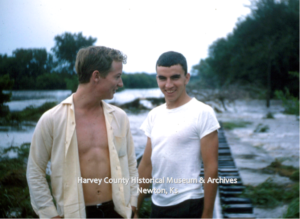 G. Standish and W. Bradshaw taking a break. In the background are the Missouri Pacific Railroad tracks. June 1965. 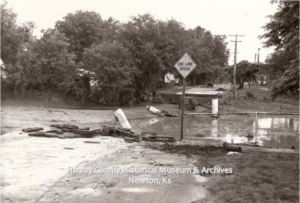 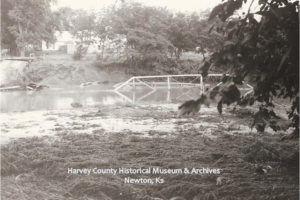 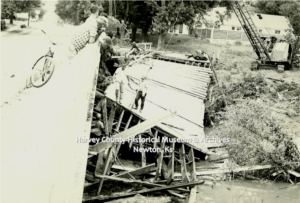 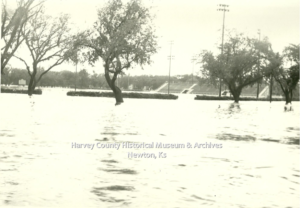