A Photo Album of  the Sand Creek Dam Reconstruction Project in the mid- 1960s. All photos are part of the Harvey County Historical Museum & Archives Photo Collection: Bridges & Dams. Sanned and researched by Linda Koppes, compiled by Kristine Schmucker. 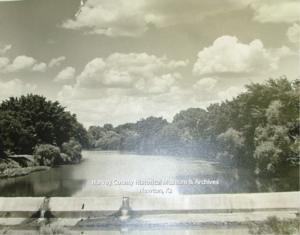 A view of the Sand Creek Dam from the 1st Street Bridge shortly be for demolition of the dam August 24, 1963. 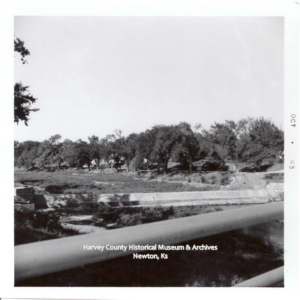 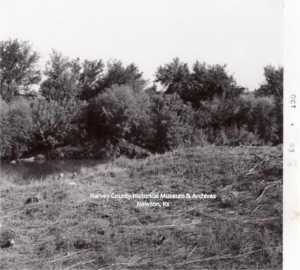 Building the floor of the Sand Creek Dam.  Men working in an enclosed area of wood supports covered by plastic sheeting, January 13, 1965. 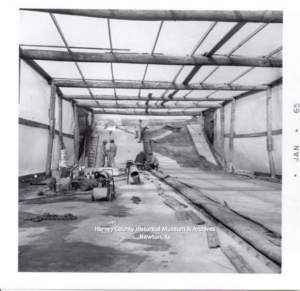 Showing the area of the inflatable dam on Sand Creek just south of 1st Street.  The dam was lowered to allow the flood water to move on south. 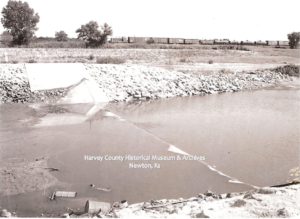 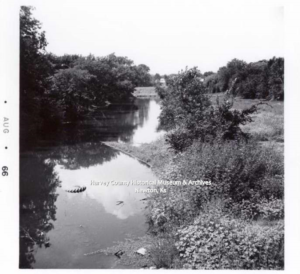 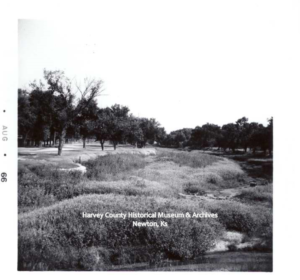 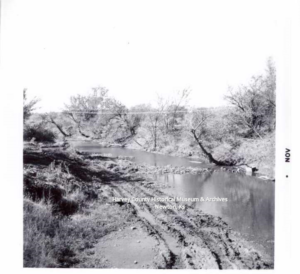 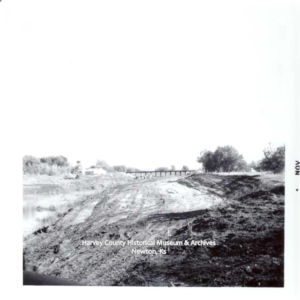 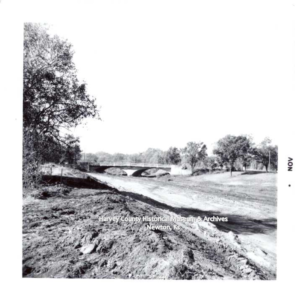 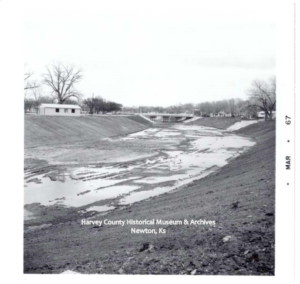 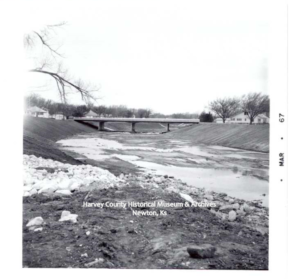 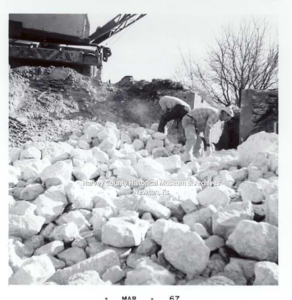 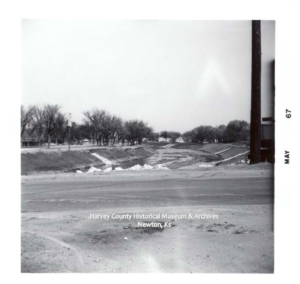