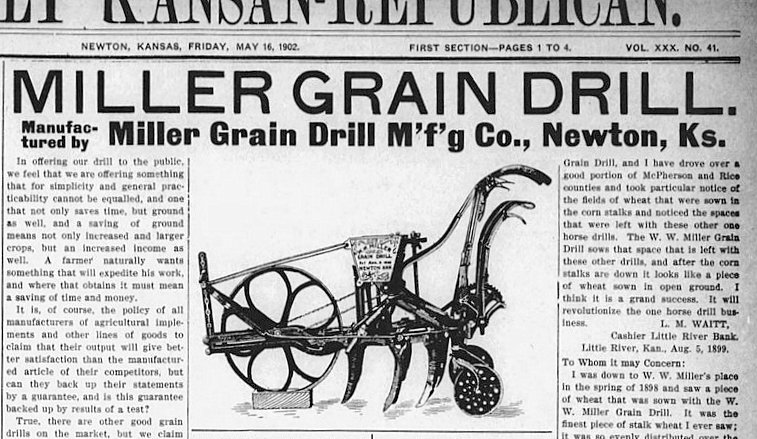 Miller Grain Drill Company – A Contemporary of the Prairie Queen. W.W. Miller (president), J.A. Randall (vice president) and C.M. Glover (secretary and treasurer) organized the Miller Grain Drill Company in 1902. The plant was located “in the old foundry building” on East Third street, Newton. Their implement was used to sow wheat. In 1904, the company received exclusive rights to manufacture the Coble hay stacker and power device. The machines were labor saving in the handling of alfalfa and hay. An additional enterprise was launched in 1904 under the name of W.J. Trousdale and Company. Trousdale utilized the manufacturing capabilities of both the Prairie Queen and Miller Grain Drill plants in producing the “Jayhawker Crusher.” The invention was attached to a windmill which provided the power needed to crush corn or Kaffir corn for rough feed for livestock.