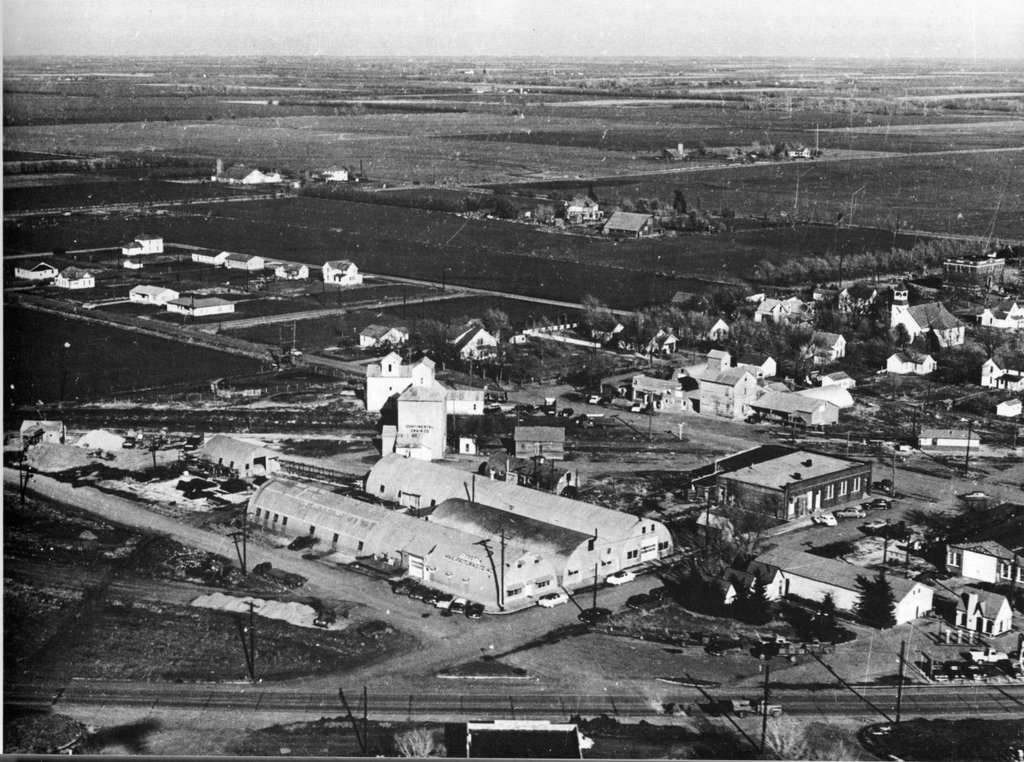 Hesston Manufacturing Co. (“round tops” in center front of photo). 1953 photo. Stemming from the belief “There can be a better way!,” Lyle Yost, Adin Holdeman and Elmer Berner founded the farm equipment company Hesston Manufacturing Co. in 1947. Between then and the mid-1970s, the company grew from five employees in Hesston to over 3,000 worldwide. Employees drove from all parts of Harvey County as well as from Sedgwick, Reno, McPherson, Marion and Butler counties. The name was changed to Hesston Corporation in 1966 and has continued to have an evolution of names. In the mid 1970s, Fiat Trattori became the owner. In the latter 1980s, a new subsidiary was formed and merged with Case IH to form Hay and Forage Industries. Known today as Agco Corporation, the business continues to be a major manufacturer of farm implements and is the largest employer in Harvey County. Photo: “Hesston, Kansas: 1886-1986.” Murray C. Bandy. 1988.