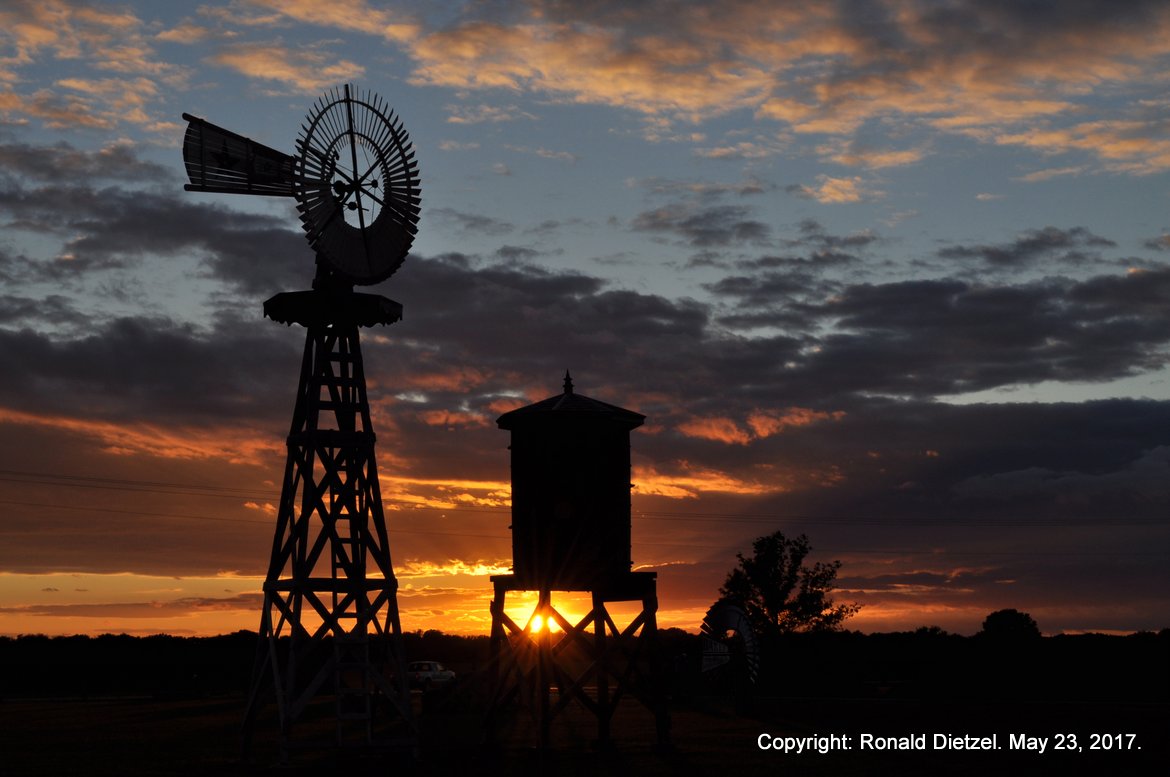 Newton’s Cowboy Era Was Short-lived Due To Constant Change. The interplay between Wichita, Park City and Newton plus the competition between the AT&SF and the K.P.R. were not the only components of change. 1871 was perhaps the most chaotic year for the cattle shipping business in Kansas. It was the last year for Abilene as a major player. Newton was born as a town and as a cattle shipping site when the AT&SF reached there in July of 1871. Ellsworth prepared for a plunge into the cattle shipping business. Junction City on the West Shawnee Trail was a viable player until early 1871 when the AT&SF reached Cottonwood Falls, shortening the route and cutting out Junction City. Schuyler in Nebraska became a cattle terminal on the Blue Valley Trail. Kansas was overpowered with 600,000 head of Texas cattle. To top it off, the following winter was diastrously cold. The cattle shipping hubs changed quickly and constantly due to, one, railroads proliferating as they extended their lines ever westward; two, because drovers sought to shorten the time of their cattle drives; and three, because of the massive influx of homesteaders and town dwellers who wanted more “civilized” surroundings. Newton’s role as a cattle shipping site was short lived because rail expansion continued at a fast pace. The primary shipping terminals moved to Wichita and Ellsworth in 1872. Next, shipping had to be moved to Dodge City on the Western Trail due to the 1875 cattle quarantine. Dodge City got loading facilities in 1875-1876 and shipped until 1884. In 1885, the Kansas Legislature enacted another quarantine line against Texas cattle. Since the herds were pushed ever westward, legislation in 1887 was proposed for a National Trail but no action was taken. The Texas-Montana Feeder Route (1884-1897) was developed which went into Colorado, Nebraska and the northern plains. Rural Harvey County. Photo credit: Ronald Dietzel. May, 2017.