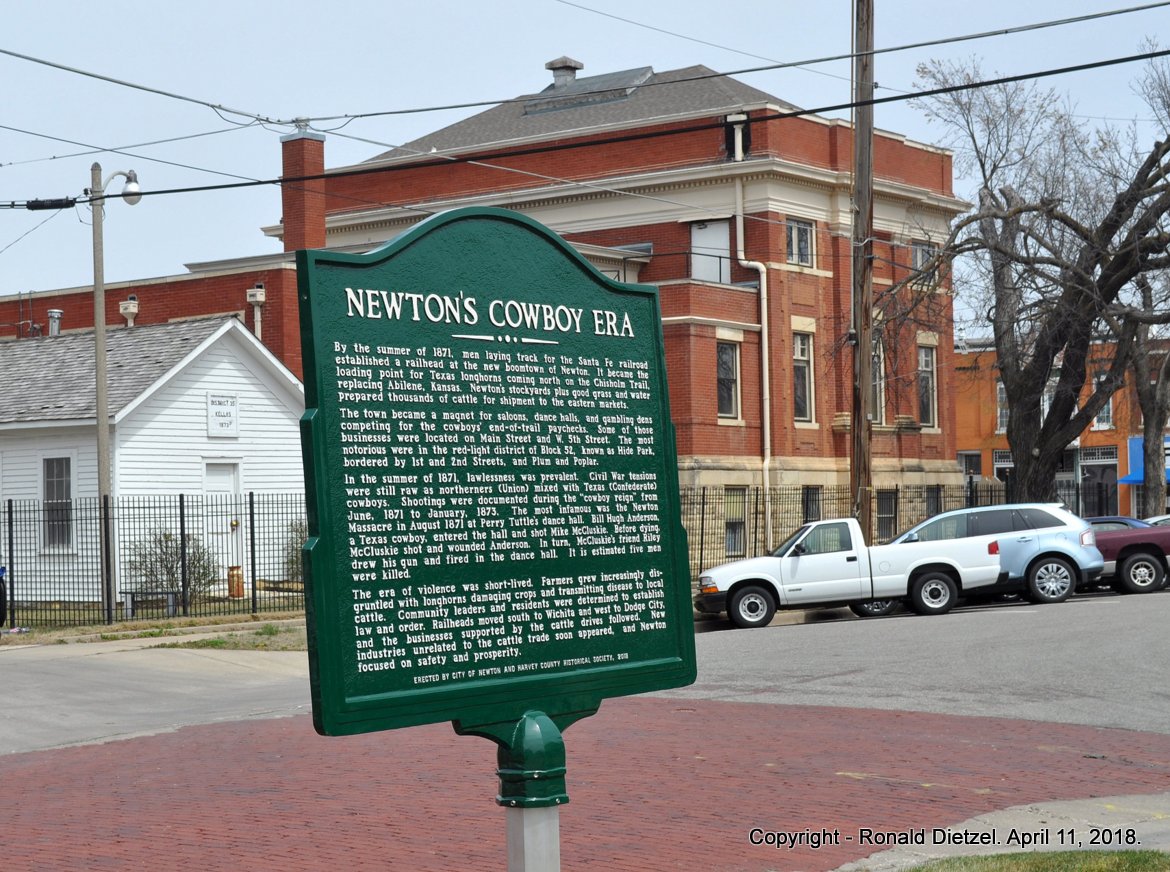 Demise vs. Survival: Components of Constant Change. Having lost the county seat battle and the Texas cattle trade as well as not being a site on either the AT&SF or the K.P.R. rail line, the fate of Park City was sealed. By December 1871, the Park City Town Company owners were settling the final debts which were incurred in the town’s promotion. Since the town was never incorporated, there was no need to give any legal notice about it’s dissolution. The townsite “owners” departed the area and Park City began to disintegrate physically. With no property deeds, many of the citizens went elsewhere since they had no legal rights. Of the few buildings and homes which existed, many were dismantled and moved to other area towns. By 1873, most of the evidence of the town had vanished. The few remaining vacant buildings were “blown away.” Dugout homes became depressions in the earth. The townsite was sold in 1877 for $13.02 due to unpaid taxes ($319.88 in 2020 dollars). Today, Wichita is a city of 400,000 and “Old” Park City is farm ground. The dashed dreams of Park City’s organizers allowed for the creation of Newton. The Four Horsemen Trail continued to bring cattle herds through today’s Harvey County so the AT&SF had incentive to get its rail line to the Newton site during the summer of 1871. Since the Park City to Ellsworth trail did not materialize, Newton was the closest railhead for the drovers. Its status in 1871 as the primary shipping terminal was further facilitated by an end in 1871 to Abilene’s heavy involvement with cattle shipping. West 2nd and Main streets in Newton. Signage for the “Newton Massacre” area. Photo credit: Ronald Dietzel. April, 2018.