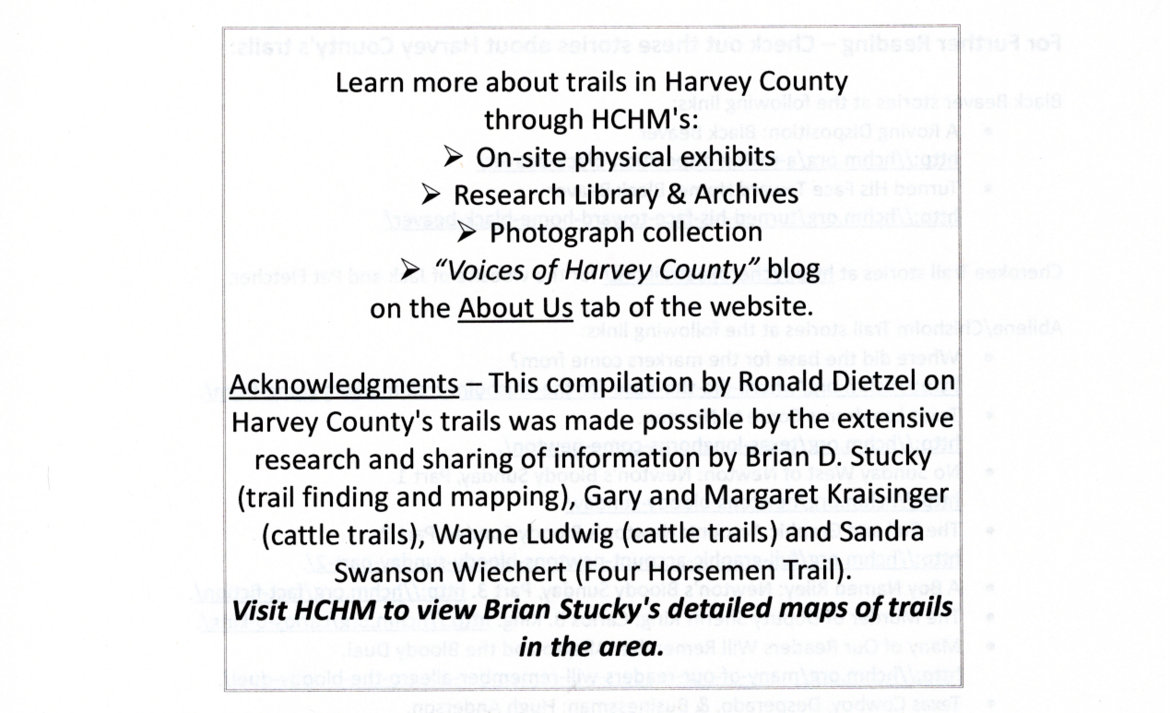 A Transformation of the Social Fabric. While some were lured by the “riches” of the cattle business, an increasing amount of people began realizing “you’ve got to be careful what you wish for.” The cattle business had negative aspects – the Texas Fever (Spanish Fever); and the “hell raising cowboys” with the fringe element of society which they attracted. Consequently, the get-rich-quick partnership of railroads and cattle was swapped for the long term viability of railroads and agriculture. With an explosion of activity in the later half of the 1800s, the region went through a relatively quick transformation. The landscape with its dirt trails transitioned to steel rails as railroads became common place. In turn, there was an enormous influx of Euro-Americans which brought about a transition and conversion of the social fabric in Harvey County as well as the surrounding counties. Cultures were impacted. The composition of the population was reshaped. Ways of life were altered. Occupations shifted. Multiple settlements and boom towns were created. A few survived while many vanished. One major transition with far reaching impacts was the shift from livestock to a focus on agriculture. An immense amount of people, supplies, equipment and goods needed to be brought into Harvey County. On the flip side, appreciable quantities of products and goods needed to be shipped out.