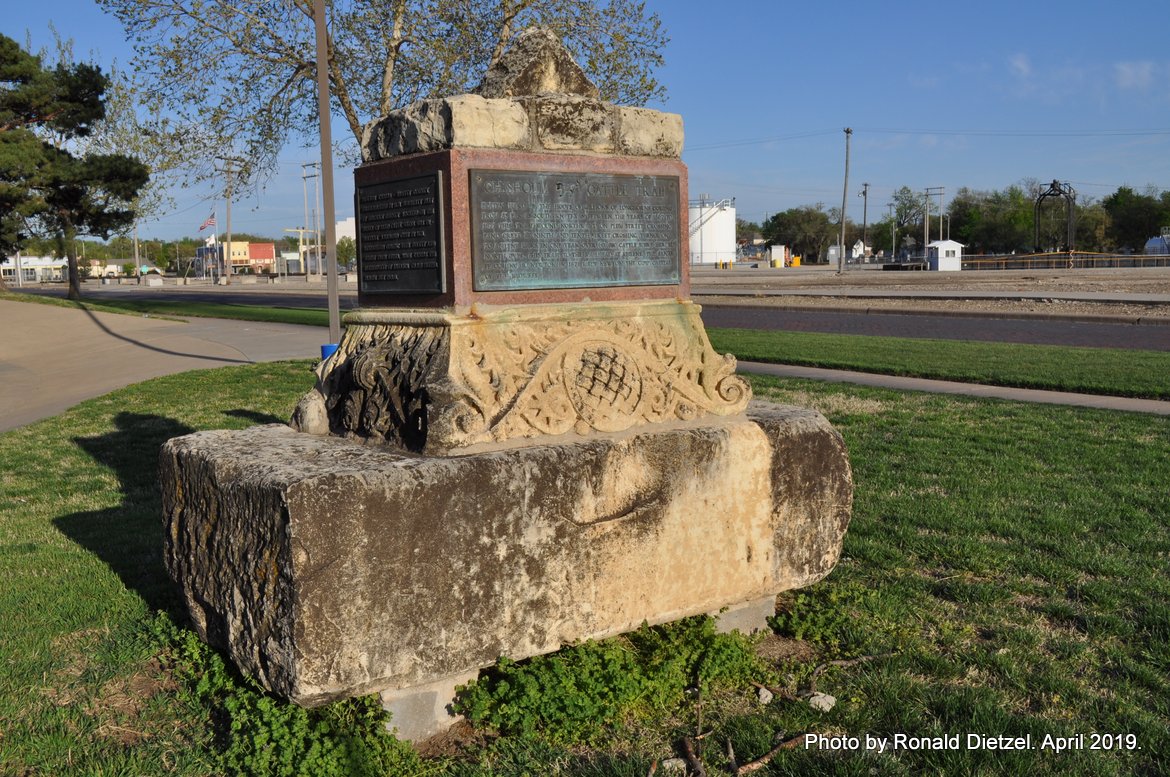 (J) Four Horsemen of Wichita, 1871 (Clearwater-Wichita-Florence Trail) – continued. Since Park City lost the battle for county seat, it put all of its eggs in one basket by trying to capture the Texas cattle business even though Park City did not have any natural trails around its site. In about July of 1870, a campaign was begun to promote Park City as the frontier’s supply headquarters. In trying to draw herds its way, Park City publicized its route to Abilene as 20 miles shorter than through Wichita; that cattle were stopped and drovers persecuted in Wichita; that the trail had been changed to Park City; and then mentioned (without listing) new drovers’ supply businesses. Promoted heavily was Park City’s location on the west side of the 6th Principal Meridian in contrast to Wichita’s position on the east side – and that the Kansas laws made it illegal for Texas cattle to be east of the 6th Principal Meridian. Wichita took notice of Park City’s campaign and circulated its own set of “facts” by claiming to be 35 miles closer than Park City; claiming their supply prices were lower; and, that their suppliers were “gentlemen in every respect.” Full protection was promised from the Cowskin Creek crossing south of Wichita to 15 miles northeast of town. It was pointed out that Park City had no natural ford and the crossing would be more difficult because of bluffs. Also, a Park City route would require the cattle to cross both the Arkansas and the Little Arkansas rivers. Not being highly confident in its publicity campaign, Park City increased the stakes through an alliance with the K.P.R. If the alliance was successful, it would mean a new cattle trail going through Park City and on northwest to Ellsworth, the site which was to replace Abilene as the principal K.P.R. terminus. Abilene/Chisholm Trail marker in Newton at West 4th St and North Plum St. Photo credit: Ronald Dietzel. April 2019.