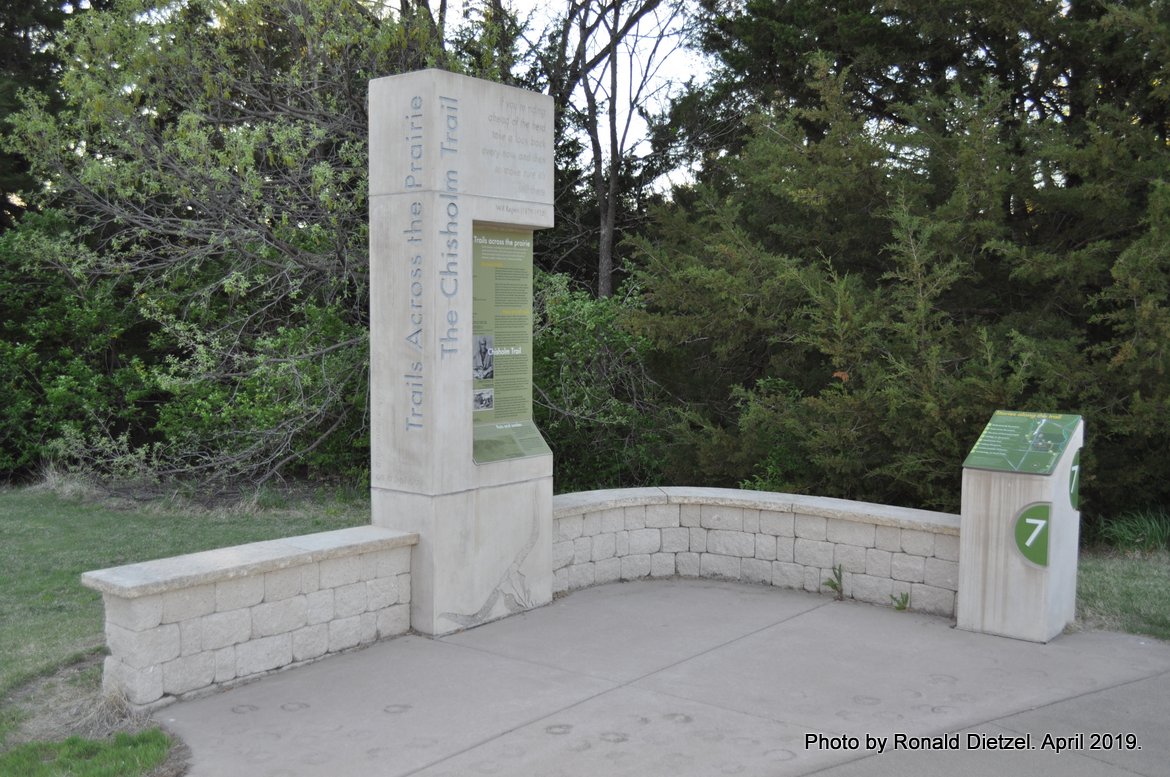 (J) Four Horsemen of Wichita – Survival Meant Fierce And Cut Throat Competition. The last half of the 1800s was a time of fierce competition between railway companies as they fought for long-term survival. It was the same story with the towns. Looking at the monies generated by the cattle shipping business and its impact on the village of Abilene and the K.P.R., other towns as well as the AT&SF looked toward the cattle business to ensure their own futures. In 1863, the K.P.R. began constructing its main line westward from Kansas City. By 1866, the line reached Junction City and in 1867 it got to Salina. Because the AT&SF got a late start in 1868, an intense rivalry developed as the AT&SF played catch up with the K.P.R. Beginning in eastern Kansas and pushing west, the AT&SF line reached Emporia in July 1870 and the infant town of Florence in May of 1871. Paralleling the railroad strife was a fight for survival between the infant settlements of Wichita and Park City. It started with a major clash over both wanting to be county seat when Sedgwick County was organized in 1870. Believing its location made it the prime candidate for county seat, Park City suffered a severe blow when Wichita got the designation. Having lost out, Park City pinned its hopes on getting railroads and the Texas cattle trade. With multiple trading posts located in Wichita as well as a location on the generations-old natural trail which had been repurposed as a cattle trail, Wichita had a distinct advantage over Park City. Wichita’s merchants benefited by being able to sell supplies to the drovers and cowboys as they went through on their way north to Abilene. As a result, Wichita traders realized a bonanza in 1869 and 1870. North Newton at Chisholm Trail Park, north of Kauffman Museum. Photo credit: Ronald Dietzel. April 2019.