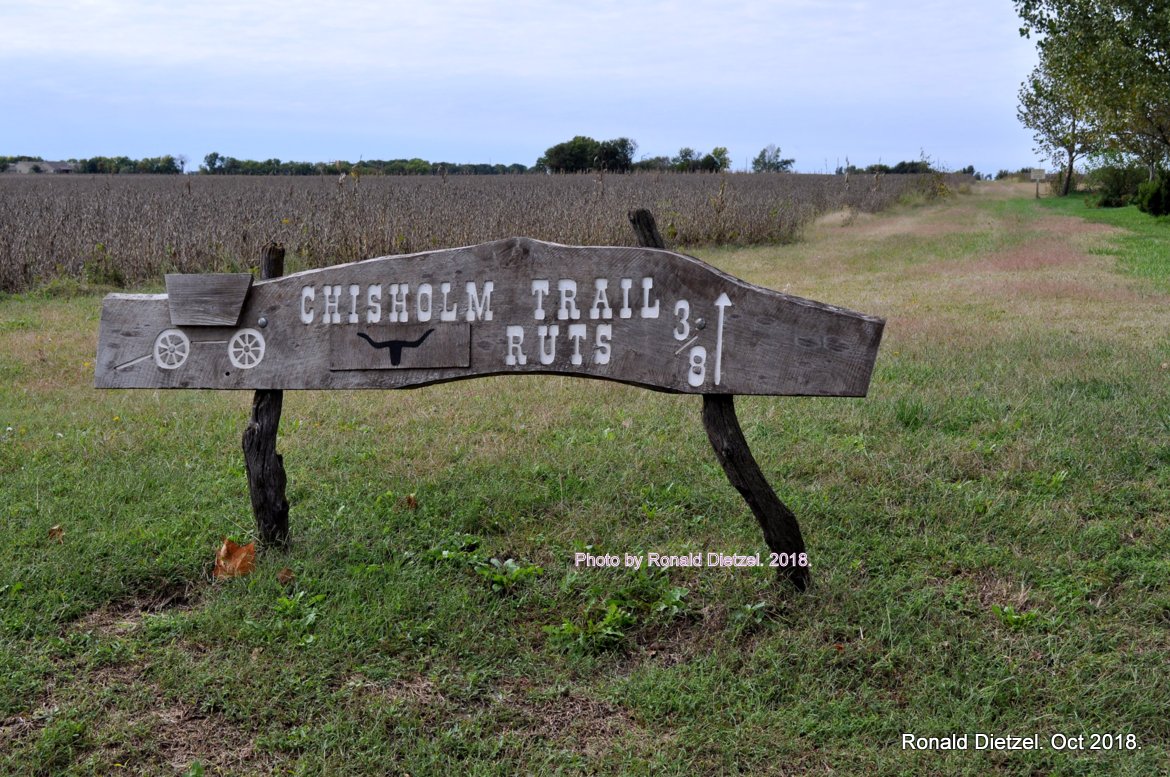 (J) Four Horsemen of Wichita, 1871 (Clearwater-Wichita-Florence) – A Cattle Trail. Having been a bison migration path, a well traveled Native American route, an 1861 Yankee “escape” trail in the Civil War and then a corridor for shipping and delivering goods and supplies to trading posts, the Abilene/Chisholm Trail was well established as drovers moved cattle from Texas to Abilene, KS. In spite of this, a period of brief but fierce competition resulted in the forming of the Four Horsemen of Wichita Trail of 1871. This short-lived and little known route went from Clearwater to Wichita to Florence. It’s role in shaping south-central Kansas could be considered just as instrumental as that of the famous Abilene/Chisholm Trail. The Four Horsemen Trail’s story also illustrates the thin thread that can exist in determining the lives and futures of people and communities. Even though Wichita, Park City, the Atchison, Topeka & Santa Fe Railway (AT&SF) and the Kansas Pacific Railway (K.P.R.) were the key players in the Four Horsemen story, the tale is worth telling due to the long term implications for the futures of Newton and Harvey County. In a nut shell, the creation and survival of Newton was due partially to the ascendancy of Wichita and the demise of Park City as well as the AT&SF’s success in reaching Newton’s planned townsite in July, 1871 where its trains intercepted the cattle herds. The back story of the Four Horsemen Trail follows. Note: Not to be confused with 20th century Park City which is located on the north edge of Wichita, the 19th century Park City was fourteen miles northwest of Wichita (more or less west of today’s Valley Center) at a site on the Arkansas River. Northwest side of Newton at N. Anderson Ave and Northridge Rd. Photo credit: Ronald Dietzel. October 2018.