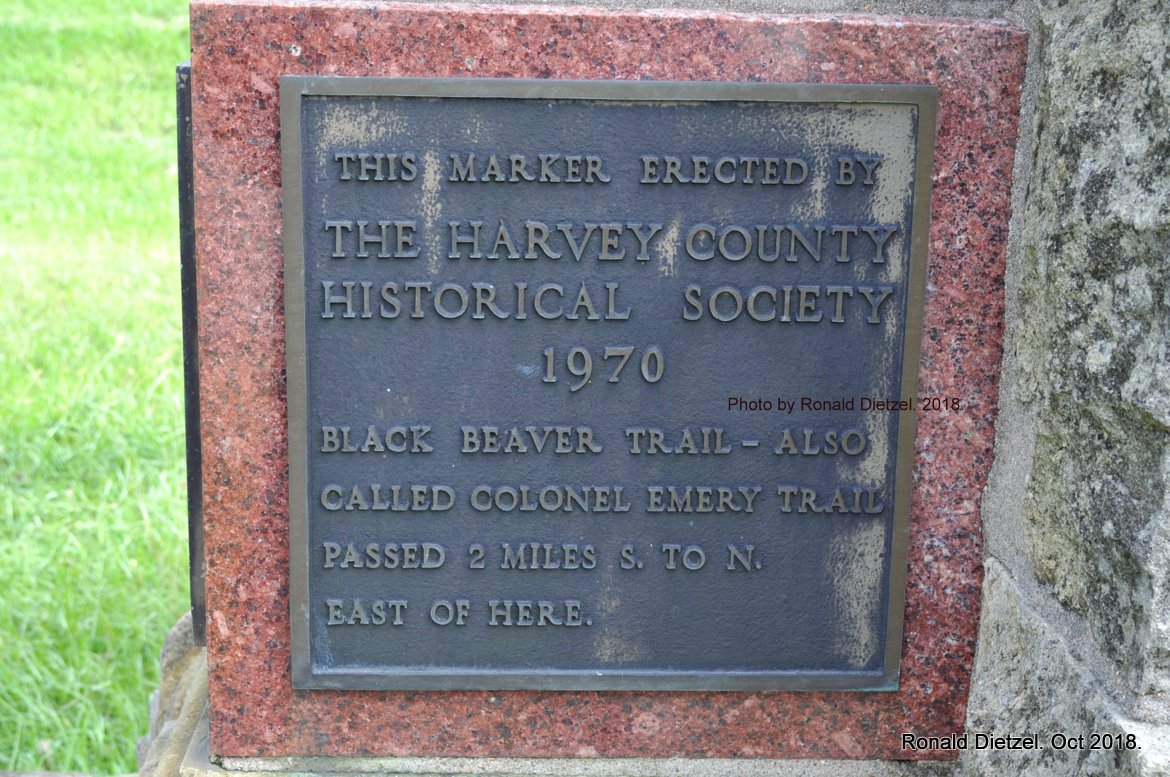 (E) Black Beaver/Col. Emory Trail of 1861 – Native American Trail Repurposed as a Military Trail. Within Harvey County, the Black Beaver/Col. Emory Trail of 1861 and the Abilene/Chisholm Trail of 1867 roughly paralleled each other. Originally a Native American trail, the Black Beaver/Col. Emory Trail received its name due to an 1861 event which was linked to the outbreak of the Civil War. Some 6,000 Confederate troops were sent from Arkansas to eradicate Union forces in Indian Territory (I.T.; today’s Oklahoma). In turn, Union officials ordered Col. William H. Emory to evacuate Forts Washita, Arbuckle and Cobb. He was to get the Union troops to safety at Fort Leavenworth in northeastern Kansas. To be successful in carrying out its mission, the expedition would be faced with dire circumstances. Escaping to Kansas meant the Union troops would have to cross hundreds of miles of open prairie, which was populated by Native American tribes who were Confederate supporters. To make the escape successfully, a guide would be needed since the route was unknown to the members of the Union expedition. Fortunately for Col. Emory, a Delaware scout named Black Beaver agreed to act as guide and interpreter. Note: Hwy K-15 marker in Harvey County. Photo credit: Ronald Dietzel. October 2018.