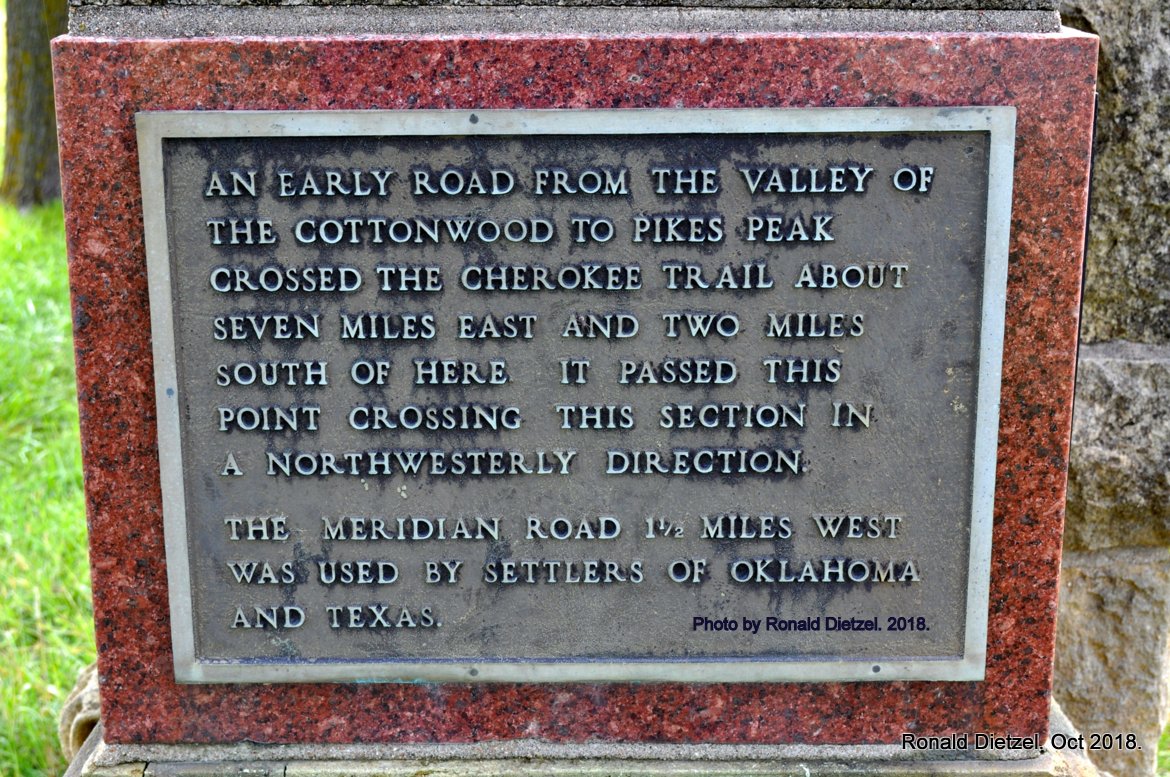 (D) Valley of the Cottonwood to Pike’s Peak Trail of 1858-59 – A Gold Rush Trail. An obscure trail, the “Valley of the Cottonwood to Pike’s Peak Trail” paralleled an earlier Kaw Indian trail from today’s cities of Council Grove to Elmdale to Florence and then to the city of Peabody. The route clipped the northeast corner of Harvey County as it went through Walton Twp and Highland Twp. From there, it continued into McPherson County and on west. Possibly a gold rush trail to the Colorado gold fields, it was drawn on early survey township maps in broken pieces from Emporia all the way to Meridian Twp in McPherson County. From that location, other evidence has shown the trail continued until it connected to the Santa Fe Trail at a point southeast of today’s city of McPherson. Note: Hwy K-15 trail marker at Harvey/McPherson county line. Photo credit: Ronald Dietzel. October 2018.