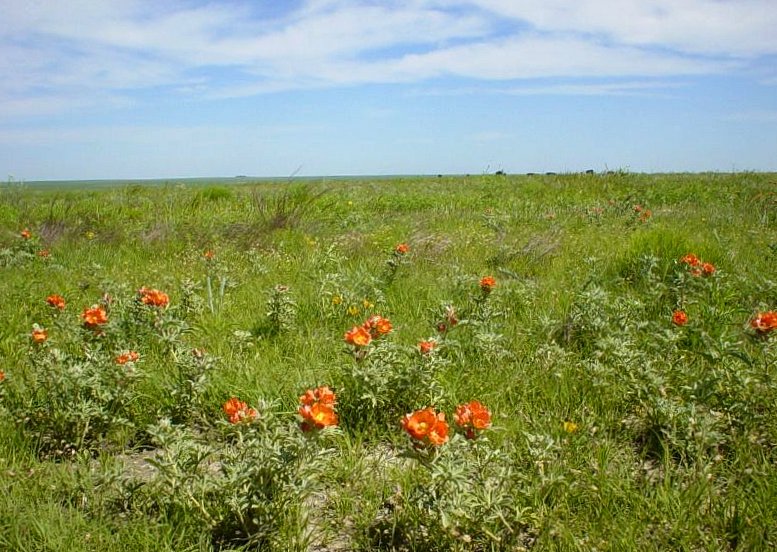 Judge Muse Described Area of Today’s Harvey County in 1870. Traveling southwesterly from Cottonwood Falls, the survey party journeyed through the future sites of Florence, Peabody and Walton until they reached Sand Creek. In Judge Muse’s History of Harvey County: 1871 – 1881, he says that at this location, “…for the first time, we struck the Chisholm, or great Texas cattle trail…. Here we were informed by Mr. Lakin that a station or town would be laid out on either Section 17 or 19….” In traveling south on August 28, 1870 along the Chisholm Trail, Judge Muse observed, “…down on the west side of Sand Creek as far as the mouth of the creek, …we found Dr. T.S. Floyd, with whom we staid [sic] all night…. After traveling over thirty miles, we had seen no human habitation or sign of civilization, our way being through high prairie grass, often standing above the height of our wagon wheels…. Muse then continued, “When we first visited the county, large herds of buffalo were found in the western portion … especially where Burrton now stands, and between the two Arkansas Rivers.” Muse reported on the presence of wolves, coyotes, antelope and prairie chickens; and that, “…we were beset by swarms of buffalo gnats and mosquitoes….”