Probably the second oldest photo in the museum’s collection of Newton’s Main Street. Taken in 1879-1880, the photo is of the west side of the 500 Block looking south. 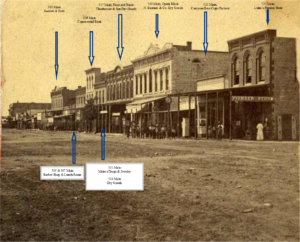 Recent research has also revealed that an earlier Opera House was located at 519 Main. 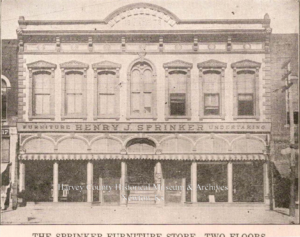 Although the photographer meant to focus on floats and bands, a lot of clues can be gathered from parade photos.  From 1900 on through present day, these photos highlight a changing Main Street. 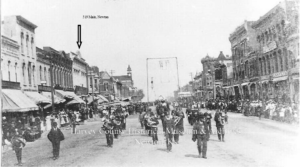 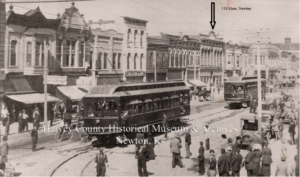 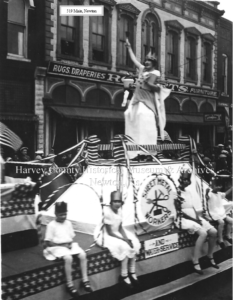 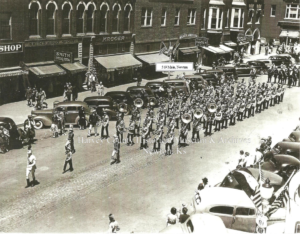 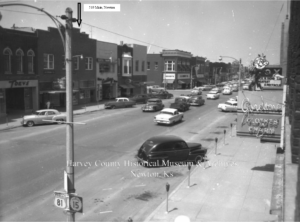 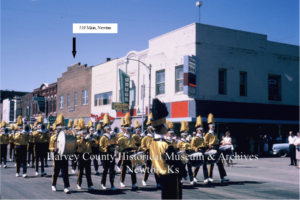 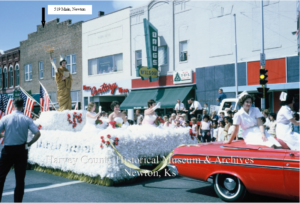 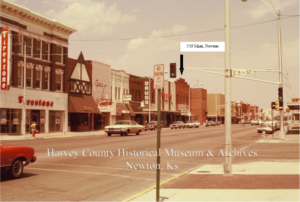 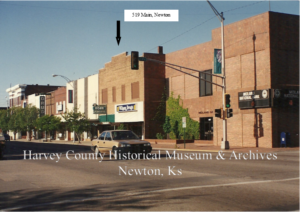