One of the things Catherine, HCHM’s director, loves to do is explore Kansas with her son, Reid. In this post she tells of the fun they had learning about  Kansas’ concrete arrows.

After the first month of the pandemic, cabin fever really set it. Still cautious of it all, we remained at home and took serious precautions when/if we had to go to the store.

It was about the second and third month when it really took a toll on me mentally. Then, I decided to do some digging to find any sort of activity that was local-ish, outside and away from people. An introverts dream, really.  That’s when concrete arrows pointed the way for a new adventure. After a quick search on the internet, it was revealed that there was a concrete arrow just a hop, skip, and jump away from us.

My son was more willing to leave the house, yet still cautious on going on an adventure. But, I convinced him that it would be a safe trip. It got us out of the house. It was outdoors. It was away from crowds. Far away from crowds.

I knew a little bit of the history about the concrete arrows, but not too much. The historian in me knew what to do. RESEARCH, BABY! 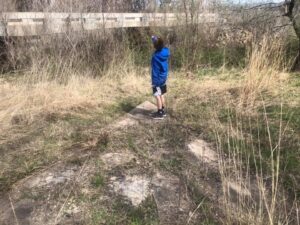 Now, a little bit of a history lesson. 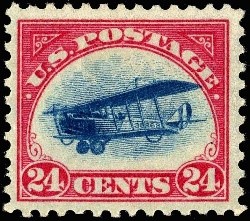 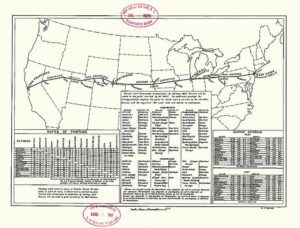 With airplanes becoming a more popular mode of transportation, why not use them to deliver mail? Here comes the The Transcontinental Airway System, which was born in the 1920s and funded by the United States Congress. Airmail, no not the Karl Malone type, was also used during World War I, running daily between D.C. and New York City. The Kelly Act was passed in 1925, commercializing the air mail system.

Flying across the country, the pilots needed something to help them guide their way. Radio navigating was still being developed and not fully reliable. Air mail pilots also depended on the arrows and lighted airway beacons as guides.

I could go on about the history and controversy (who doesn’t like a good controversy?) about the airway system, but that would take away from our adventure.

There’s a website dedicated to the beacons and arrows, here’s the link.

Get out and find you some! Share your pictures with us!