View of Newton, Ks from the roof of the Opera House, taken by H.S. Stovall.

Harvey County was fortunate to be home to several talented photographers that documented the progress of  county communities through photographs. From the earliest photo taken in the summer of 1871 to today, HCHM has an extensive collection of images created by Harvey County photographers.

H. S. Stovall was one of several photographers active in the county in the early 1900s.  Born in Kentucky in 1872, Stovall moved with his parents to Missouri. He attended the Chillicothe Normal School and Business Institute located in Chillicothe, Mo.  While studying business at the college, Stovall became interested in photography. After he graduated, he “devoted his entire business energy to this profession.” 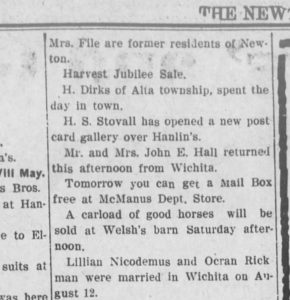 By 1909, this “progressive business man” had moved to Harvey County where he was “an earnest worker for the best interests of Newton.” 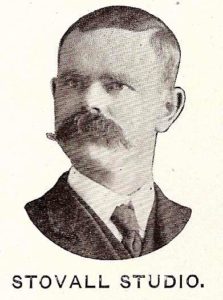 He opened a gallery above Hanlin’s Department Store at 603 Main in Newton, Ks.  Stovall provided many of the images for the 1911 Souvenir publication “Newton, Ks: Past & Present, Progress & Prosperity.” 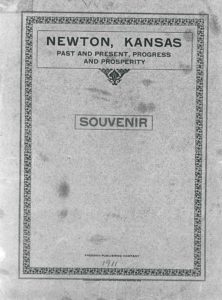 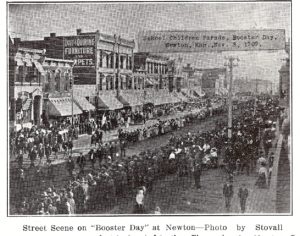 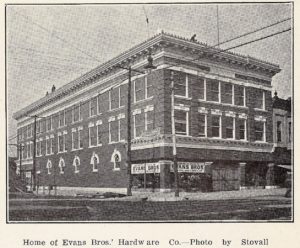 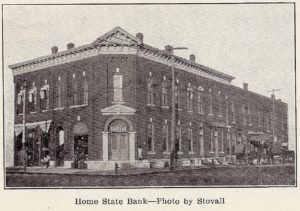 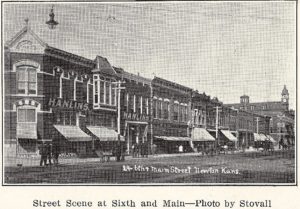 One focus of his work was on creating panoramas including one taken pre-1915 from the roof of the Opera House.

View of Newton, Ks from the roof of the Opera House, taken by H.S. Stovall. 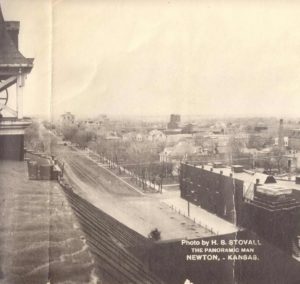 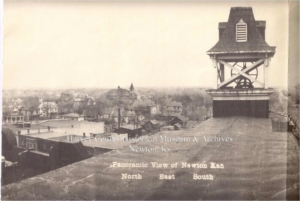 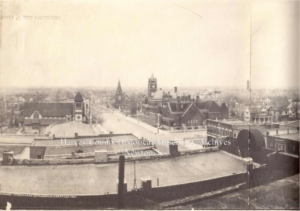 He also was a popular photographer when the subject was a large group. 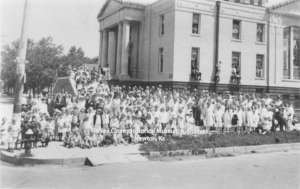 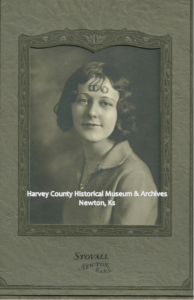 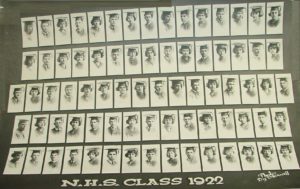 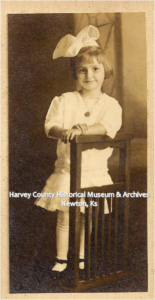 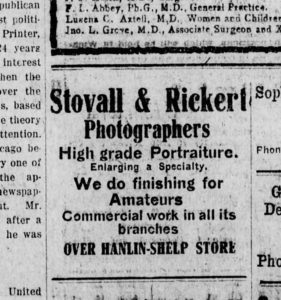 In 1924, Stovall is listed on Socialist Ticket Presidential Electors, along with Reed Crandall from Newton, Ks.

He was an active photographer in the Newton community throughout the 1920s. 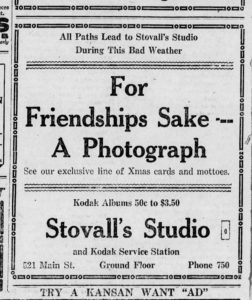 By the 1930s he is advertising in Dodge City, Kansas newspapers and the Catholic Advance. 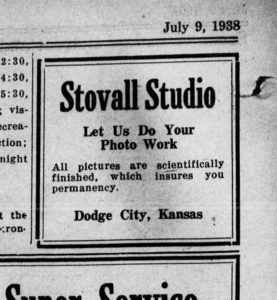 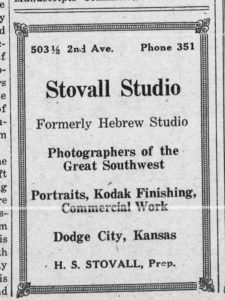 The last advertisement that was found for this article was in the Catholic Advance January 16, 1942. Stovall would have been about 70 years old. 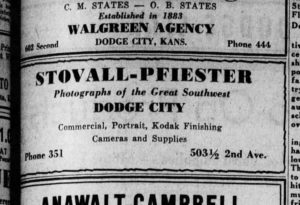 If you have information on H.S. Stovall, contact HCHM.