New at HCHM: A Soldier’s Trunk

Recently a gray-green metal metal trunk was donated to HCHM by the Hoffer family. 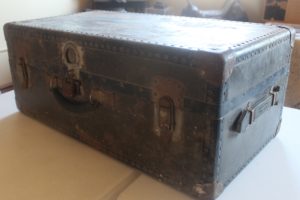 On the top, in yellow paint the owner of the trunk was identified. 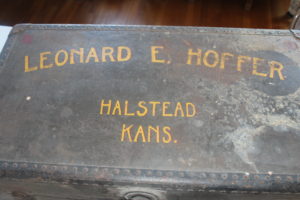 Leonard was born 31 March 1920.  Inducted into the U.S. Army in December 1941, only days before the Pearl Harbor attack. 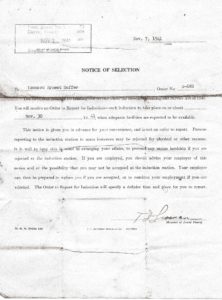 He went to basic training in Louisiana and received further training in the Mojave Desert in California. The trunk stored everything he needed while in the army. 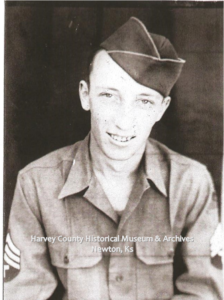 For a time he was a cook for the 143rd Signal Company.  His unit shipped overseas to southern England in preparation for the invasion of Normandy.  However, they did not land in France until about ten days after D-Day. 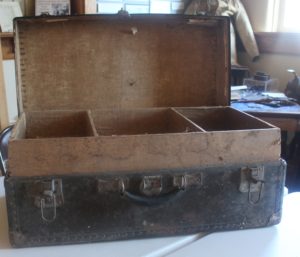 He was discharged from the Army in September 1945. 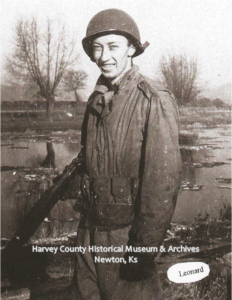