Queen of Your Home!

A recent donation of objects to the museum included a Suzy Homemaker Clothes Washer made by Topper Toys from 1966-1971. 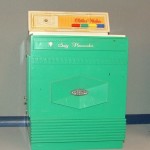 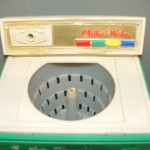 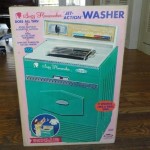 The washer was the first in a line of fully functional toy household appliances made by Topper Toys marketed as “Suzy Homemaker.”  The toys were designed to “look and  work” just like a real machine. “Suzy Homemaker” appliances were made for  “every little girl who wants to be just like her mother,” the washing machine included an agitator action, jet spray and a spin dry cycle.

By the 1970s appliances included stoves – that could “bake a cake that serves six”; vacuums – complete with attachments; and irons that have “a jet spray sprinkler and it really heats!” 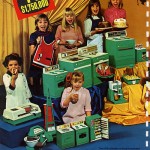 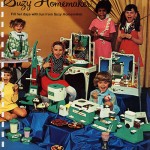 Through various ads Topper Toys  “promised that your daughter won’t turn into a hippie if you’ll buy her an Easy Bake Oven.” 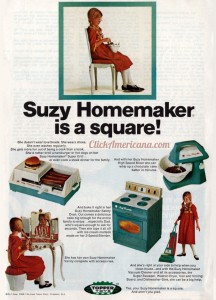 The following video advertisement from 1960s assures young girls that they will become “Queen of your home” if they use the Suzy Homemaker appliances.