A Woman of Strong Personality: Mrs. Anna B. Butler 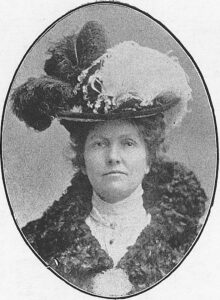 Her hat caught my attention, then I noticed her strong, confident face and I wondered, what is her story?

Henry died of “nervous prostration” in the late 1890s. Very little information can be found about him.

Mrs. Anna B. Butler was active in the Newton community. In 1898, she was the president of the newly formed French Club and active in the Themian Club, where she also served as president. Meetings were often held at her house 203 E Broadway. She was active in developing Themian Park in Newton.

In 1902, Anna is listed as a lawyer in the Newton City Directory. Her obituary also makes note of her profession in Newton.  “Mrs. Butler was a former resident of Newton and practiced law here.” (Evening Kansan Republican,  7 Jan. 1919)

What did it mean? “Practiced Law Here?”

While women were admitted to law school as early as the 1860s, there were other ways to become a lawyer. In the late 1800s-early 1900s, a person could “read” for the law and were “examined” by a designated group of attorneys and judges, usually at the county or judicial district level. Once they passed, they could practice law.  Most of the early women lawyers in Kansas “read for the bar” in a lawyer’s office rather than attending law school. It is likely that Anna was one that “read for the bar.” Kansas apparently had a fair number of women lawyers. Linda Diane Henry Elrod writes, “by the end of the nineteenth century, Kansas had enough women lawyers that an 1898 newspaper article indicated that Kansas had more successful women lawyers than any other western state.”

In 1906, Anna sold her household goods and moved to Manhattan to be closer to Carl while he was in school at the university.

While she return to Newton to visit frequently, Anna and Carl put down roots in Manhattan, Ks. Anna became well known as a savvy businesswoman and land agent. 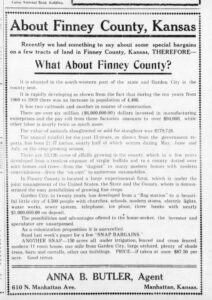 She also did not waste time getting involved  in Manhattan, purchasing several properties along 14th Street.

In 1911, the Manhattan city council  proposed to enlarge 14th Street to connect the new city additions with old. The main property owner affected was Anna B. Butler. According to the newspapers, she argued for a different route than the one that went straight through her property. After she presented her ideas, “the matter was thoroughly – at times heatedly – discussed.” In the end, The city council went with the initial proposal with compensation for Anna to move one house and cover the damage to the property.

This  incident did not stop her. She continued to invest in the Manhattan  community. According to the Riley County Democrat, 5 April 1912, “Mrs. Anna B. Butler is exhibiting renewed faith in Manhattan by building three new houses on West Laramie street.” In 1916, she built another house at 14th & Laramie in Manhattan for $2,500 to use as a rental property.  (Morning Chronicle 15 July 1916)

She was “vitally interested in a business  way in the growth of the town. She was a woman of strong personality, deep convictions upon spiritual matters and a fine business woman.  . . . the center of her life interest was her son Carl. Between the two existed a sympathy, understanding and love of the highest type between mother and son.” (Manhattan Tribune, 9 January 1919)

In the winter of 1918, she traveled to Berkley, California to be near her son Carl, who was in the aviation branch of the service near Riverside CA. She died January 6, 1919 after sudden  illness which was later revealed to be stomach cancer. Her body was brought back to Newton for burial.

Both Henry and Anna are buried in Greenwood Cemetery, Newton, Ks. 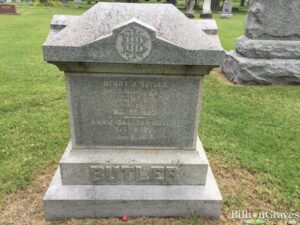 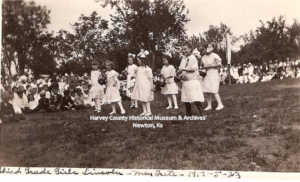 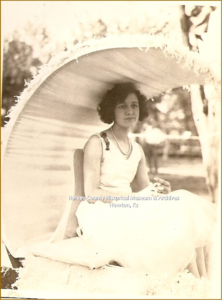 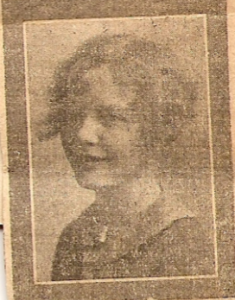 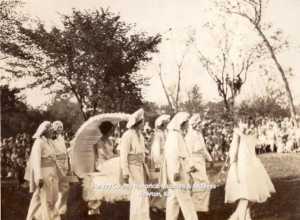 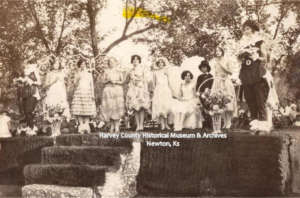 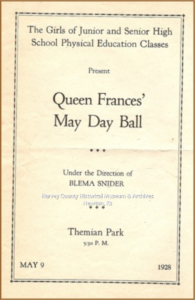