Sylvia was born in rural Harvey County, Kansas, to Henry M. & Harriet A. Dibble Grabill on Valentine’s Day in  1911. 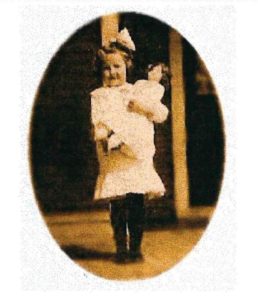 Sylvia, age 4, at the family home near Hesston, Ks

In her later years, as she began writing her family history, the cards recieved from far away family provided a touchstone.  She described, “it was like meeting old friends and I thought of all those people who had sent me the cards.”

Muse had a large collection of Christmas cards and she noted, “I found that the cards reflect the issue and interest of that particular year.” 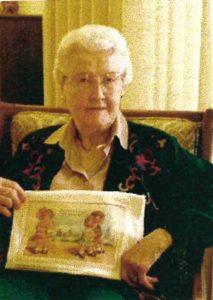 She drew on the cards she had collected throughout her life to create a program as part of the “I-Witness” program at Larksfield Place, Wichita, Ks. 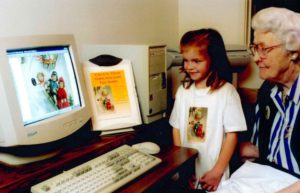 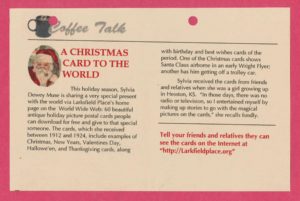 The images below are pages from programs she gave in the 1990s based on her collection.  Notebooks with her complete Christmas collection will be available to view at HCHM on Dec. 2 through Dec. 30. 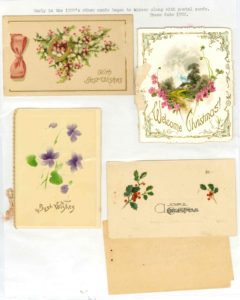 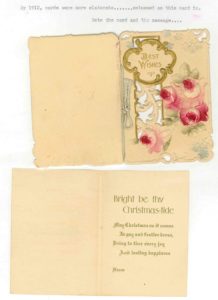 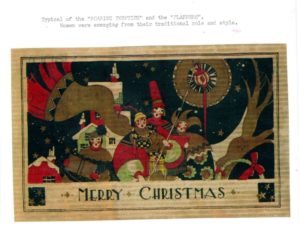 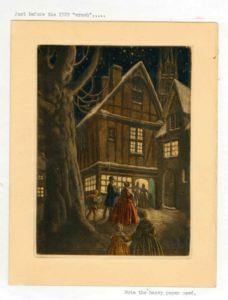 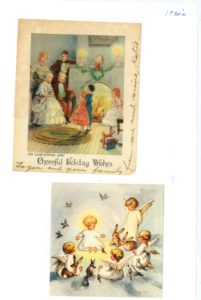 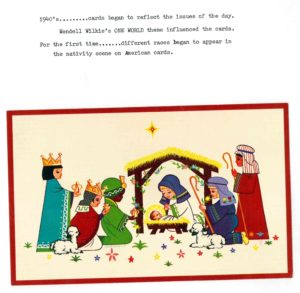 Cards produced in the 1960s reflected events such as space travel. 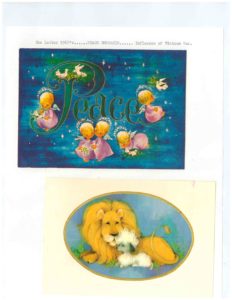 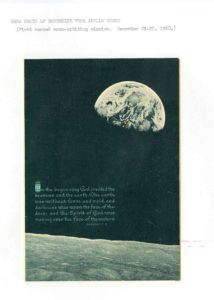 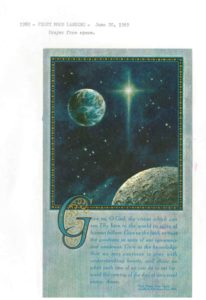 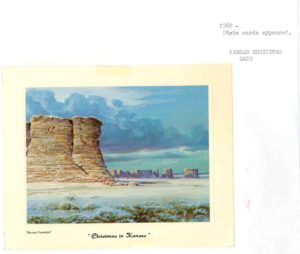 In the early 1970s, cards began showing children of different color and nationalities. 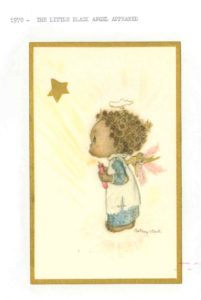 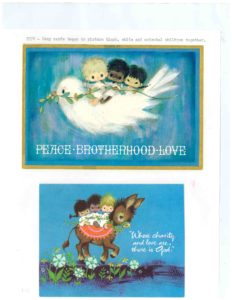 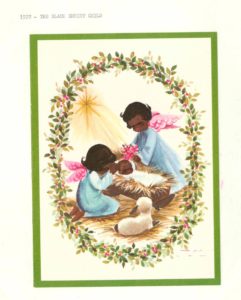 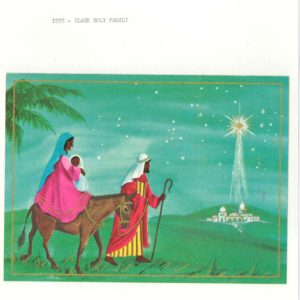 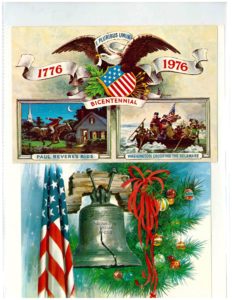 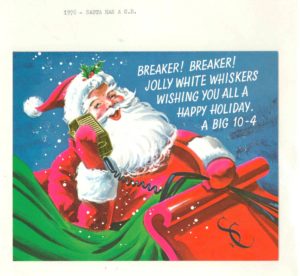 In 1977, Hallmark produced what would become their best selling Christmas card.  By 1996, 36 million cards with the three angels had been sold. 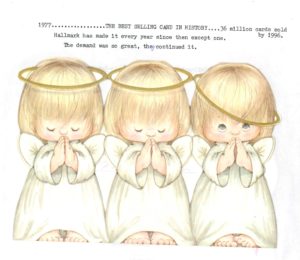 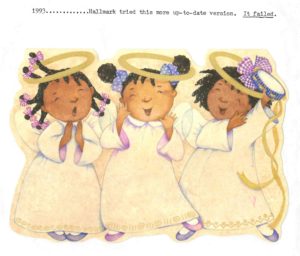 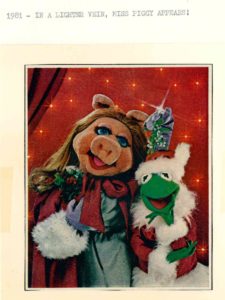 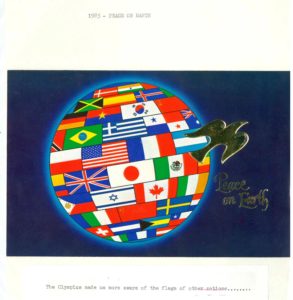 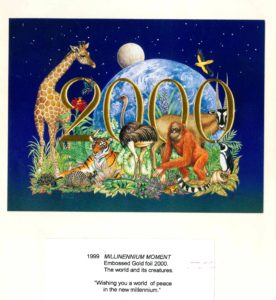 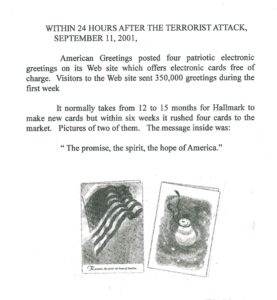 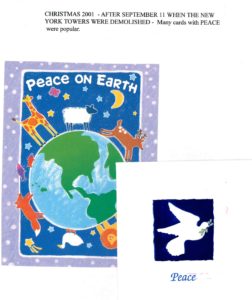 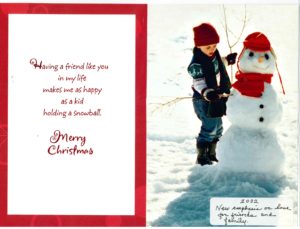