“A Competent Set of Carriers To Serve Subscribers”

With the summer months ahead, many young people will be looking for employment.  Newspaper delivery has long been a popular summer or first job.

The Evening Kansan Republican employed “a competent set of carriers”   to deliver the newspaper each day. 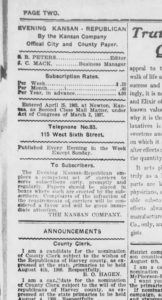 Carriers were expected to place the newspaper in the box provided by the subscriber.  Prompt delivery was also expected.

In March 1916, Mrs. H.L. Hart, chairman of the Civics Committee, noted that after visiting with several home owners about “beautifying the lawns” that many were “discouraged in their efforts because of school children, the delivery boys and newspaper carriers making paths in the grass by walking across the grass.” She noted that she had talked to officials and “offenders” and hopefully the problem could be resolved. 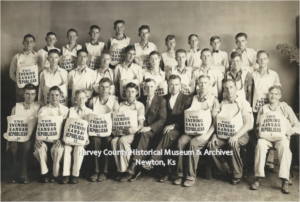 Recently, a carrier’s bag was donated to HCHM.  The canvas over the head bag was used to deliver the Newton Kansan in the 1960s by Gordon Hall. 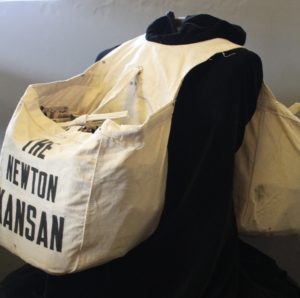 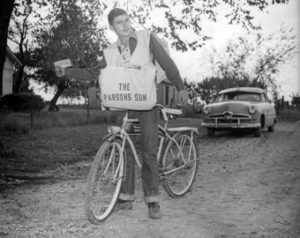 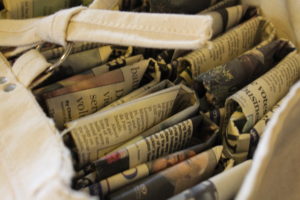 Paper boys met before route to fold the newspapers and place in bag. 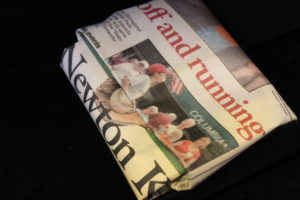 What memories do you have of summer jobs?