From the Collection: ’51 Ford Trucks

A recent addition to the HCHM’s collection of business advertising was this cloth banner. 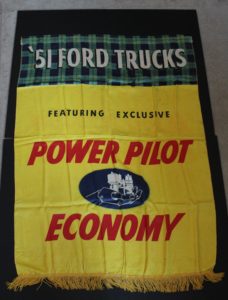 The banner was used to promote the 1951 Ford Truck at the Nordstrom-Mack Auto Dealership located at 200 West Broadway in Newton. 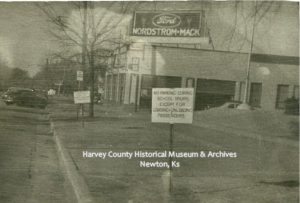 1947 view of 200 West Broadway, Newton, and the Nordstrom-Mack Ford Dealership. Sign reads: “No parking During School Hours Except for Loading and Unloading.“

The banner was donated to HCHM by Carol Hoffer.  Her father, Leonard Hoffer, worked as a mechanic for the dealership. 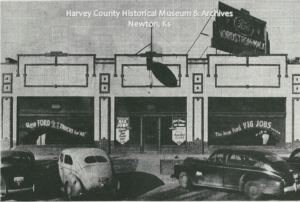 Nordstrom Mack Motor Co, was a Ford dealer for new and used cars in the late 1940s and early 1950s.  The description in the 1952  Newton City Directory also noted that the business was equipped to handle “body repairs and painting -all makes of cars.” 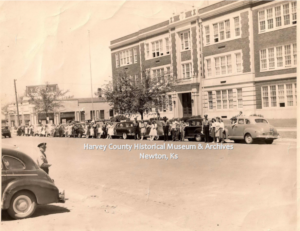 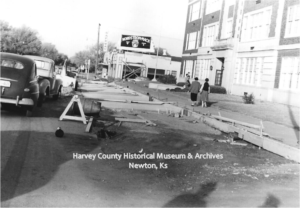