While researching Joan B. Fletcher, Jane Jones discovered a fascinating story about a family of strong women.

Mabel and her daughter, Joan,  left Iowa in 1935 and came to Newton, Ks. Mabel sought a divorce from Russell on a charge of cruelty. It was granted Aug 15, 1935. She never remarried.

Mabel’s family was already established in Newton. On arriving in Newton, Mabel and Joan lived with Mabel’s brother and sister, Fred and Nellie Banks, on the family farm in Sec 33 of Newton Township.  Mabel’s father, Joseph Banks, had bought that farm (80 acres in the NE ½ NE ¼ Sec 33) for $8,000 on Oct 22, 1925. Joe was able to pay the full amount. 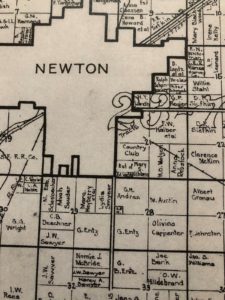 Before arriving in Harvey County, Ks, the Banks family traveled across the country to find their home.

From Slavery to Kansas

The “Cohabitation Act of 1866 passed by the Virginia Assembly of   Feb 27, 1866, legalized the marriages of formerly enslaved people  in Virginia and declared their children to be legitimate.”

According to the 1866 Act, Ferdinand and Sylvie were “married” in 1842 and had nine living children in 1866–Maria 5; John 14; Emma 15; Martha 16; JOSEPHUS 17; Ellen 18; Cynthia 19; and LEWIS 22. After receiving their freedom,  Ferdinand and Sylvie remained in Roanoke County,Virginia. The 1870 and 1880 Federal censuses found them farming in Roanoke County. Sylvie is on the 1900 census as head of household with a daughter and two grandchildren. One would assume Ferdinand died sometime between 1880 and 1900.

While Ferdinand and Sylvie stayed in Virginia, several  Banks children family  traveled from Virginia after the Civil War to Illinois and then to Kansas.

The two sons, Josephus (Joe) Cephus Banks and brother Lewis Edward Banks,  were born slaves in Roanoke County, Virginia. After the Civil War, they began searching for a place to call home. Joe and Lewis set off undercover in a wagon from Roanoke County, Virginia to Bond County, Illinois. They followed their slave master’s daughter who married and relocated in Illinois after the Civil War.  Joe and  Lewis farmed.

Lewis married Mary Frances Day in Virginia on December 4, 1858. The Illinois household in 1870 consisted of Lewis, Mary, and Joseph Banks. Charley Floyd also came with the group and lived with them until he married. The connection with Charley went back to their days as slaves.

“Mrs. Banks and Charley Floyd were servants of the same master in slavery days.”

In her obituary Mary was described as:

“…especially..popular among the better class of residents of that section (Bond County, IL).  She was a splendid housekeeper and cook and her services were much sought after by persons who appreciated the best service, and she was above the average in refinement and good breeding.”

Lewis and Mary had no children.

Joseph married Adella Scott in Bond County on November 4, 1879.  There first child, Nellie, was born in 1883. The Banks and the Floyd families packed up and made a move to Kingman County, Kansas in about 1883. They were farm laborers. The rest of Joe and Adella’s children were born in Kingman—-Florence, Fred (Ferdinand), Pearl  Henry, and Mabel. 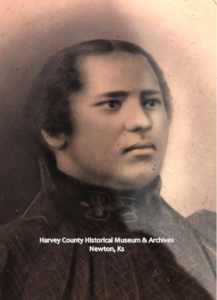 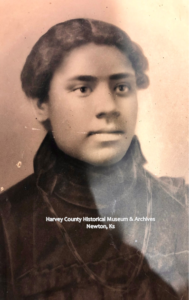 Thomas Ferdinand (Fred) Banks – never married. Like Nellie, he stayed with the family and helped farm. 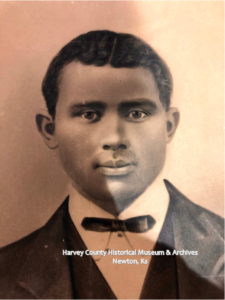 “...they (the Banks) will reside on a farm and go into wheat and hog raising on an extensive scale.  There was never a better family of colored people resided in this county…” 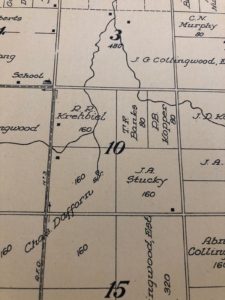 The Banks remained near Pretty Prairie in the heart of Roscoe Township, Reno County until 1925,  when they moved to Harvey County.

Mabel’s story continues in our next post :”From Slavery to Harvey County, Part 2.”