“For the Third Year in Four Years:” Mrs. Moore and the NHS Debate Team

In 1927, a young teacher by the name of Mrs. Alma Moore, began work at Newton High School.  For the next thirty-nine years she successfully developed and led the Speech and Debate teams of Newton High to state and national competitions.

March 1931: Newton was filled with excitement.  The Newton High basketball team was undefeated and headed to the state championships. Perhaps, it was easy to overlook another successful group of Newton High students, the debate team. A small notice on the front page of the Weekly Newtonian paper reminded the students that for the “third year in four years that Newton has entered the state in debate.” They team would compete on March 20 and 21. 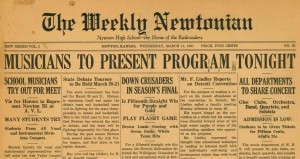 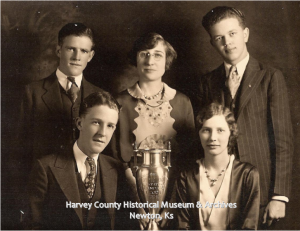 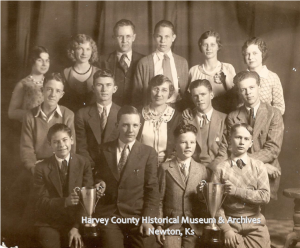 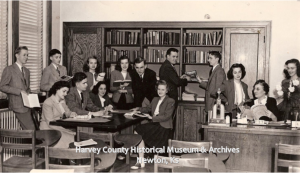 The 1931 State Championship was the first of many for the NHS Debate Team. Under the leadership of Mrs. Moore,  the team had seven state championship teams, establishing Newton High as a force to be reckoned with in debate competitions. Three orators went to National Competition with two winning the title. 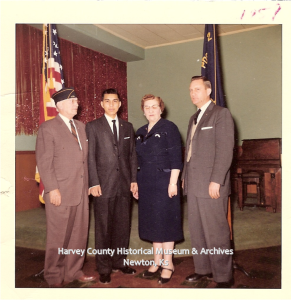 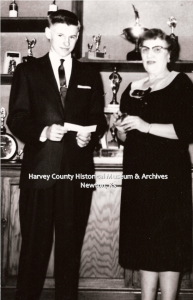 Alma Moore retired from teaching in 1966 and died in McPherson, Ks  in February 1979.

Of the 1931 Debate Team, one student’s success in oratory took him all the way to international competition.  Our post next week will follow the Robert G. Rayburn as he represented not only Newton, but the entire state of Kansas.