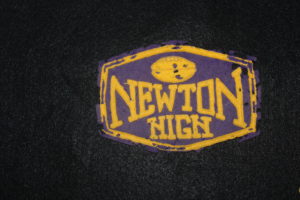 Recently the question was asked: ‘Have the Newton High School colors always been black and gold?’

The first NHS Annual that is available at HCHM is The Mirror from 1904 and although class colors are mentioned, school colors are not. 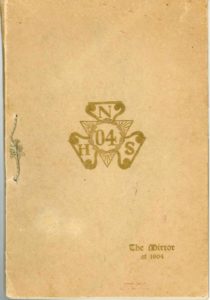 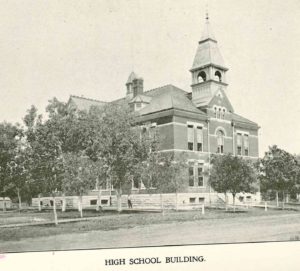 “Put on your purple bonnet,
With Newton High School on it,
And we’ll all get ready for the fray.
Can’t you see us Grinning
Don’t you know we’re winning
On the great Foot Ball Day.”

The first time school colors are mention is in the 1914 Newtone. A new High School was completed in 1914 with “one of the best gymnasiums and basket-ball courts in Kansas.” This is also the year that Frank Lindley was hired as all around coach for NHS. 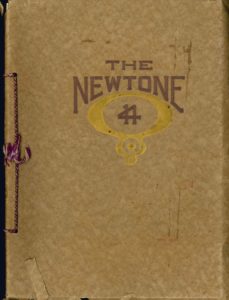 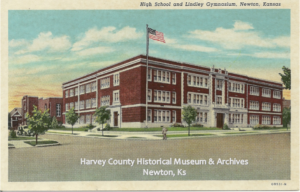 The page of “Yells and Songs” clearly mention purple and gold. 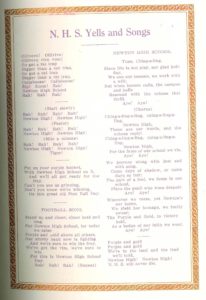 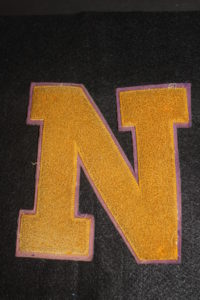 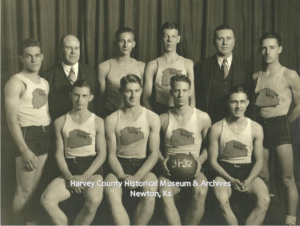 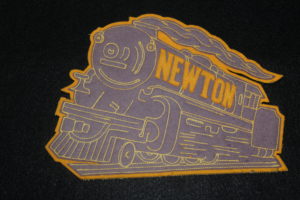 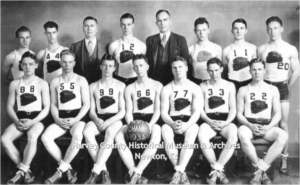 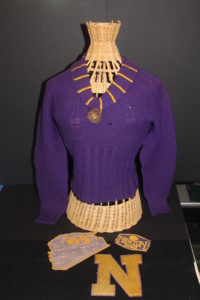 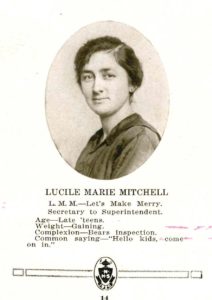 The colors for Newton High School remained purple and gold until 1945.

John Ravenscroft returned to Newton High after receiving an honorable discharge on May 8, 1945 to coach basketball. He later recalled how the school colors were changed from purple and gold to dark navy blue and gold.

“I told Mr. Lindley that the school needed a set of 15 new basketball uniforms and warm-ups since none had been purchased throughout the war.  Mr. Lindley and I both knew that the school was having serious trouble with the old purple and gold uniforms because the purple had faded to different shades in the same set.”

The two men discussed this issue with the supplier Campbell Sporting Goods, but the supplier could not “guarantee that  sets of uniforms made of different orders of material from their suppliers would be the same shade of purple.”

Lindley and Ravenscroft agreed on dark navy blue and gold for the new uniforms for the 1945-1946 school year. 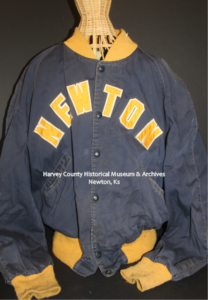 Ravenscroft met with  student body officers to show the color swatches.  The students agreed with the dark blue and gold colors and new uniforms and warm-ups were ordered.

“I was not involved in the confirmation and did not know of the error until after the 1945 State Championship in March 1946. Mr Lindley said, ‘Forget it.  Plain dull black is horrible, but if they can’t tell the difference, they won’t know the difference.'”

Throughout Ravenscroft’s tenure at NHS, the uniforms were always navy blue and gold. 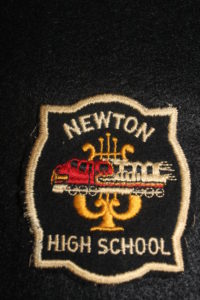 After Ravenscroft left in 1958, the new athletic director, Curtis Fischer, ordered new uniforms with the colors black and gold, not realizing the earlier mistake. He was “horrified when he saw the new uniforms in plain black instead of colorful, shiny, light reflecting dark navy blue.” 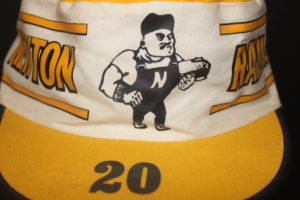 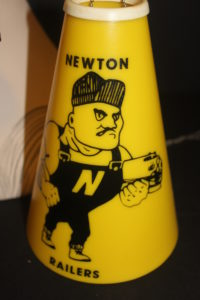 The supplier would not take the uniforms back so the school lived with “dull, light-absorbing black ever since.” 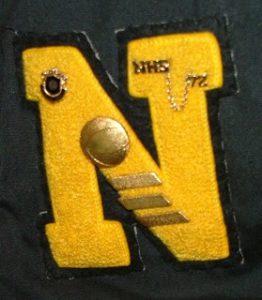 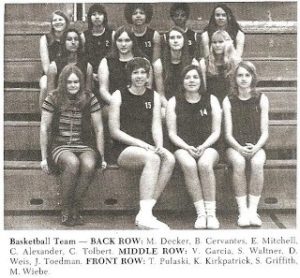 Past Posts about NHS Basketball