Today, the Kellas School on the HCHM campus is enjoyed by all ages.  From 3th graders learning about life in the past to older folks reminiscing, the small wood structure continues to serve Harvey County. 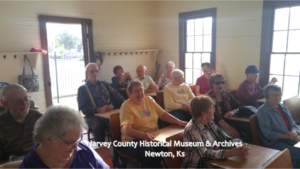 Located 1 mile east and 1 mile south of Spencer Road, the one-room school, District 35, organized April 12, 1873.  The organizational meeting was held at the home of Henry Kellas across from the proposed school location. The first school board consisted of J.C. Brooks, director; H.A. Ensign, clerk; and Kellas, who served as district treasurer for 32 years. 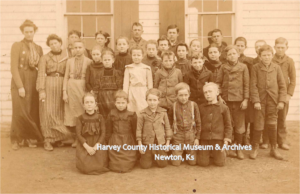 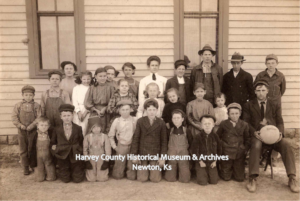 In 1905, the Kellas school board decided to sell the wooden structure to make room for a  new brick school. 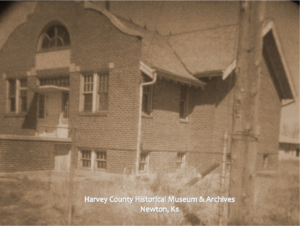 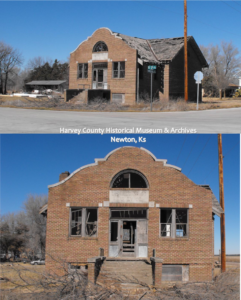 In 1980, the 5th grade class at Suncrest School taught by Helen Beckham studied one-room schools.  As a result of the research, Beckham discovered that the original wood frame structure of an early one-room school still existed.  Excited students and teacher began a campaign to preserve and restore the Kellas One-Room School. They gained the assistance of the Board and staff at the Harvey County Historical Museum & Archives. Bethel Deaconess Hospital agreed to give the building to the Museum. The City of Newton approved placing the structure on the Museum grounds.  The big move was scheduled for July 31, 1981. 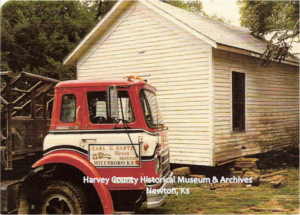 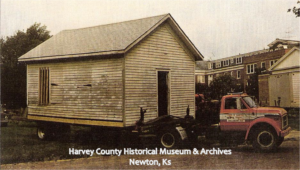 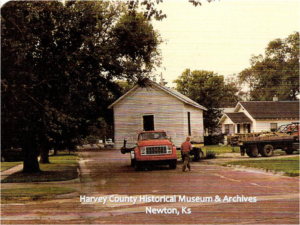 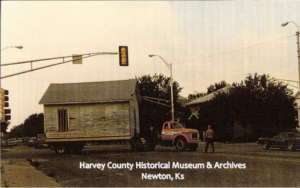 Easing Into A New Home.

The restoration of Kellas would not have been possible without the efforts of many volunteers including  Dwight & Helen Beckham.

New Uses of a Historic Structure 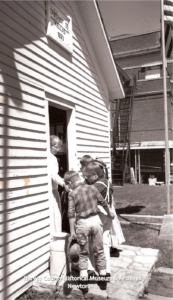 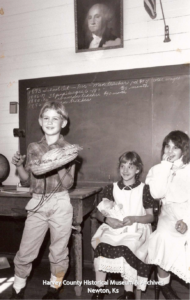 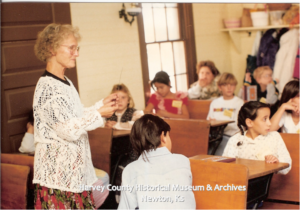 Over the years several teachers have utilized Kellas to take students “back in time” and experience school the way it was over 100 years ago in Harvey County. 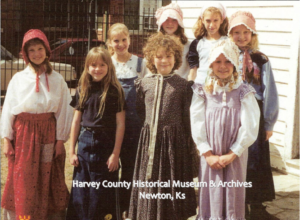 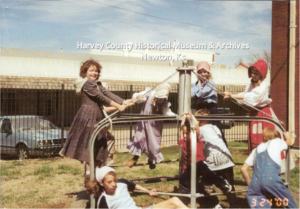 The volunteers and staff at HCHM always look forward to hearing the sounds of children coming from the old structure. 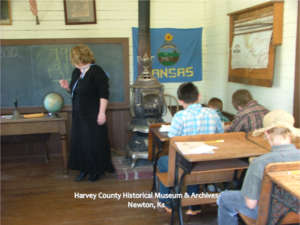 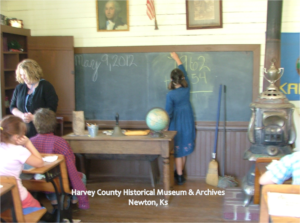 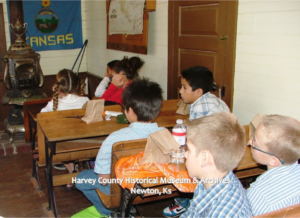 In addition to school groups, Kellas is used by other groups for programs or meetings.

Over the years, upkeep has been on-going.  In April 1986, as a community service project, the Lucky 4-H Club painted the building.

Currently, the interior is in need of repainting. If you have an interest in this project, please contact HCHM Executive Director, Hannah Thompson for details. 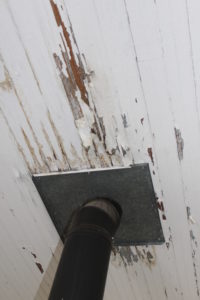 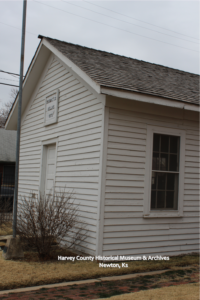 If you have an interest in using Kellas School for a meeting or event,  call HCHM for details and rates. 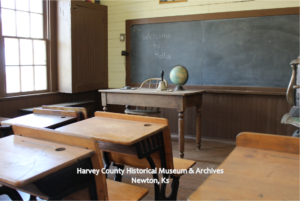