Summer means road trips and family vacations. Today, most of us likely pull into a convenience store like Casey’s or Kwik Trip to fill up our car with gas. No matter where in the country you might stop, the lay out and architecture is usually similar.

Years ago, service stations could be found as part of the neighborhood and the architecture was varied.

The White Eagle Service Station at 114 E. Broadway was originally under the ownership of Elmer Kennedy.  After he died in 1918, his son, Carl, took over the station. The station was able to stay open throughout the 1930s, and was later run by D.M. Bowersock. 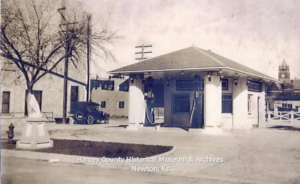 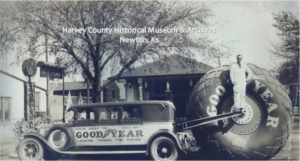 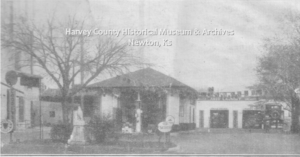 Today, this is the location of Goossen Law Office, Newton, Ks. They even have a white eagle in their lobby in honor of the former occupants of the site. (Thank you to Kathy Randall for sharing this tidbit.) 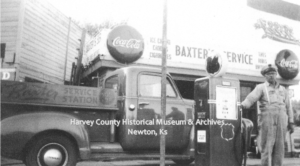 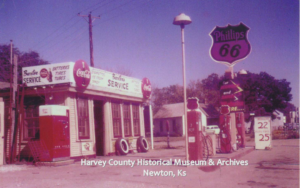 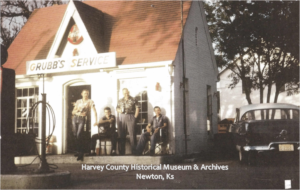 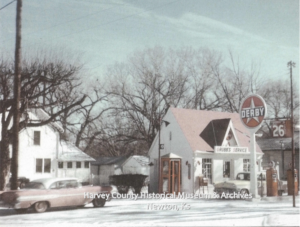 Today, a Kwik Shop in located at this corner.

Thanks to the efforts of Richard Hege and Linda Koppes, our Photo Archives has a large collection of images of service station in Harvey County.  These are always available to look at during Museum open hours.  Currently, we have a mini-retro exhibit up featuring Harvey County Service Stations. Stop by and see it! 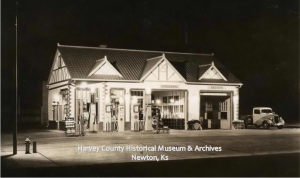 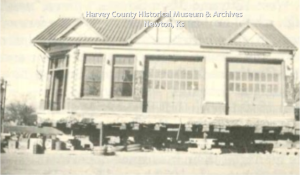 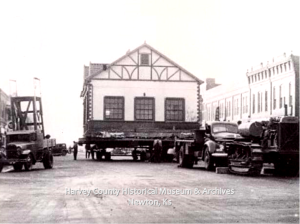 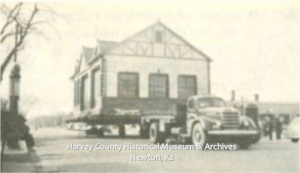 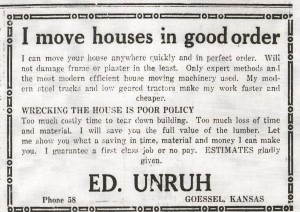