Clippings from the Past 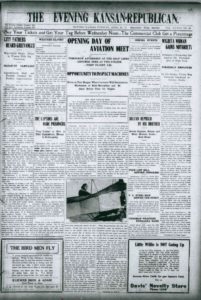 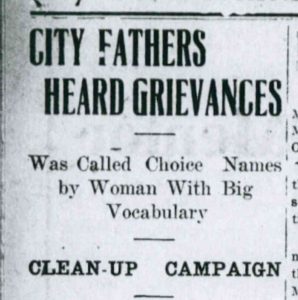 The reporter for the Evening Kansan Republican had written a report of a recent Newton City Commission Meeting.  The Commission discussed methods to use when collecting  poll tax, city bridges and the up-coming clean-up campaign. The Commission  unanimously approved Joe Gravel as the city dog catcher,

“each  feeling that Joe’s wide acquaintance in local dogdom, and the zeal he heretofore has instilled into his work made his services most valuable.”

Then, the Commission heard from several community members.

Mrs. C.T. Smith “gave the commissioners a large sized piece of her mind” while complaining about water drainage from a neighbors barn. 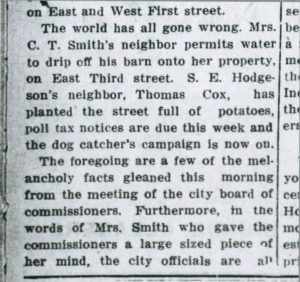 Mrs. Smith did not hold back.  She noted that the city officials were “thugs, tin horn lawyers, robbers and several other staple and fancy varieties” according to the newspaper reporter. 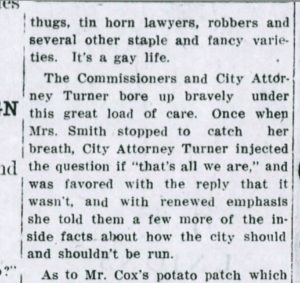 When City Attorney Brice H. Turner tried to address her concerns “once Mrs. Smith stopped to catch her breathe,” she quickly continued “and with renewed emphasis she told them a few more of the inside facts about how the city should and shouldn’t be run.” Turner was not able to answer her concerns.

The question of the potato patch in the street was  resolved with the Commission promising to investigate. 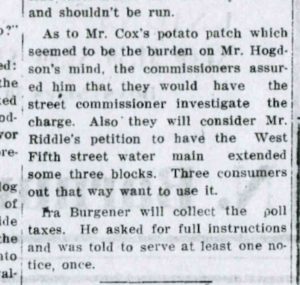 The solution to Mrs. Smith’s problem was not mentioned in the report.

B.H. Turner was the oldest attorney in Harvey County at the time of his death April 19, 1940. Born in Ohio in 1857, Turner came to Newton in 1881 and worked in a clothing store.  After a year, he returned to Ohio to complete his study of law.  Turner returned to Newton in 1884 to practice law.  In 1886, he opened his office in the Randall Building at the corner of 5th and Main, Newton, where he practiced law for the next 54 years. 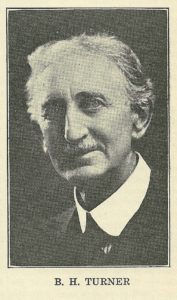 He was active in the community and served as the President of the Newton Bar Association for many years. As city attorney, he represented Newton in the negotiations with the railroad for the return of the Santa Fe Middle Division Headquarters to Newton from Nickerson.

Turner was described as “vigorous, jovial and a hard worker, a studious, careful attorney, maintaining high ethical standards.” He was survived by his wife, Augusta, and several nieces and nephews. 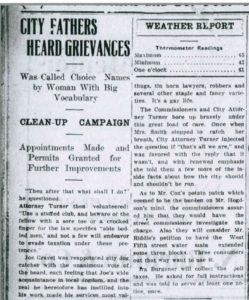