A Revolution in Home Music!

What is your favorite object at HCHM?

We asked this question of HCHM’s volunteers, board members and staff.  The result is a fun exhibit, Stuff We Love, that includes a wide variety of objects. 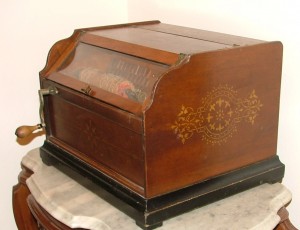 “Music is important to me.  It is interesting to me to see how the way we listen to music has  changed over the years —from listening to instruments like the roller organ to CDs.”

The roller organ illustrates a unique history.  In the late 1800s, as the way people worked changed, so did their leisure time.  The new middle class had more free time, more income, and a desire for the finer things. 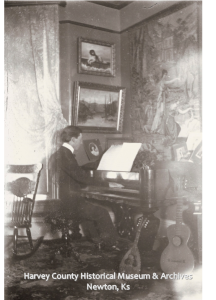 The most popular was the Gem Roller Organ and beginning in 1902 it was available through the Sears Roebuck & Co. Catalog for $3.25 and included 3 rollers. Additional mass-produced 20-note rollers were also sold for as little as 18 cents.  Over 1200 titles were  available. The Gem Roller Organs remained  popular through the 1920s. 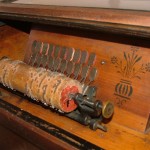 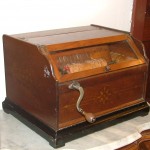 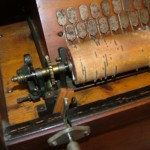 Our Gem Roller Organ was used in the home of Carl P. and Emma Theander and donated to the museum in the early 1980s. The organ can still produce beautiful music.