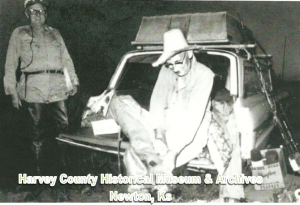 Before Cabela’s, or even Wal-Mart, where did the serious fisherman (or woman) get supplies?  From 1930 until the early 1970s, the answer was the mail order company located in Waseca, Minnesota – Herter’s. 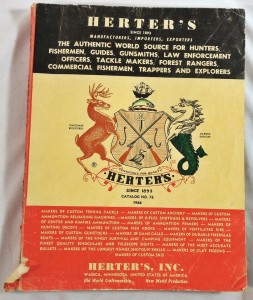 The owner, George Herter,  produced catalogs that advertised a wide variety of gun, hunting, camping and fishing supplies.  Herter was a master pitchman.  He wrote all the copy for the catalog, some over 700 pages,  claiming the superiority of Herter’s produce over products sold by his competitors. His products, he bragged, were “actually made far better than is necessary.”

Recently a set of Herter fishing lure molds were donated to the museum with instructions on how to make. 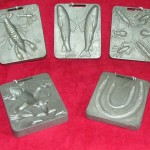 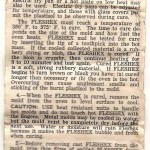 Throughout the 1970s, Herter’s business declined as people shopped at K-Mart, Wal-Mart, and eventually, the ‘big box’ stores, like Cabala’s.   The Herter’s Company went bankrupt in 1981, and George Herter died in 1994 at the age of 83.

The Herter’s name is still used by Cabela’s on a line of  pistol ammunition and some clothing. 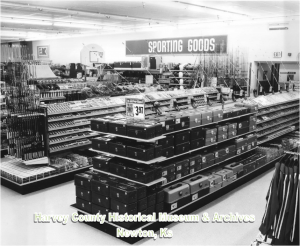 Doug Lodermeier, Minneapolis, MN, noted the importance of Herter’s, not only to Minnesota, but the whole industry.

“This Minnesota institution changed hunting and fishing in the state . . . It caused an explosion in the popularity of these activities . . . It put Minnesota on the map as a sportsmen’s paradise.  And, it dramatically changed the economics of retail. . . Herter’s was the beginning of a model that is still being perfected today and has caused the rapid decline in smaller, family-owned stores. . . Cabela’s wouldn’t exist without Herter’s.”

Do you have a favorite Herter’s product?