What is Behind the Name? Finnell & Whitesell VFW Post #971 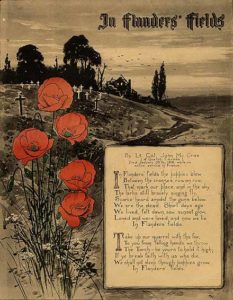 Today, with all of the ways to communicate across the globe, it is hard to remember a time when news of a loved one overseas came weeks later and was often incomplete.

The news first came in letters.

“Sunday was ‘soldier mail’day and there were many smiling faces that were soon overshadowed as the word was noised about that three of the Newton boys, Roy Barker, Arthur Whitesell and Loren Finnell had fallen.” -Waive Kline to Glenn Wacker, October 18, 1918. 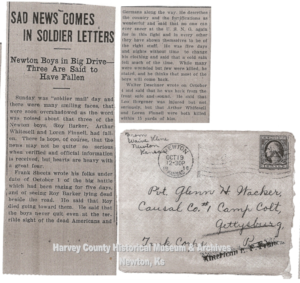 Roy Barker was not among the fatalities.

In a letter dated October 1918, Walter Deschner, who was involved in the big battle of Meuse-Argonne, wrote:

“I am back from the front safe and sound. . . . Leo Burgener was injured, but not seriously, but  Arthur Whitesell and Loren Finnell were both killed within 15 yards of me.” 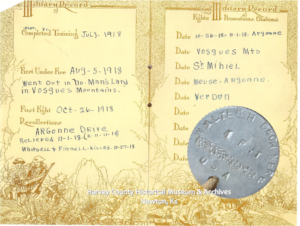 He also remembered the two men in his Soldier’s Memory Book after his return to Harvey County.

“A Gloom Spread Over the Entire Community.”

“When the truth of the sad news was forced upon the neighborhood that Lauren Finnell had made the supreme sacrifice, a gloom spread of the entire community.”

On  September 27, 1918, the second day of the battle of the Argonne Forest, Lauren J. Finnell was seriously wounded by a high explosive shell.  His friend,  Arthur P. Whitesell , on duty with the intelligence department, remained to assist him to the dressing station.  A second high explosive shell came ending the lives of both Newton men.

Lauren J. Finnell graduated from Newton High School in 1916 and described as a “general favorite among both old and young.”.  He also completed one year at Bethel College, North Newton, and was employed with the Santa Fe Railroad. He enlisted in Co. K, 3rd Kansas National Guards on May 21, 1917. 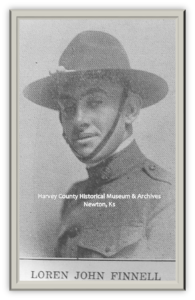 Arthur P. Whitesell, was born in 1898 in Iowa.  His family came to Newton in 1909 and he graduated from Newton High School in 1916.  He worked in the civil engineering department of the Santa Fe Railroad until he was mustered into the army on August 5, 1917. 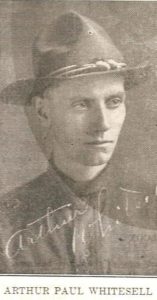 “He sleeps where the poppies bloom near Charpentry, France”

Both men were given a military burial near Charpentry, France by the army chaplain. A number of years later, their bodies were shipped back to Kansas arriving on September 18, 1921. The newspaper editor noted that “both boys were returned to Kansas soil almost three years after being killed in France.” The two friends in life share a final resting site in Greenwood Cemetery, Newton, Kansas. 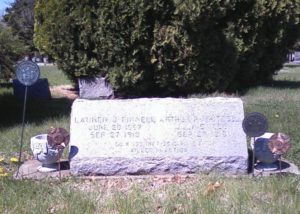 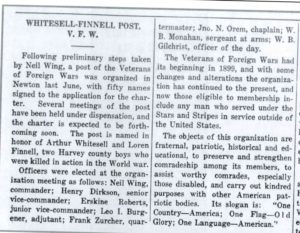