The post continues the series South of the tracks. The east side of Main was the home for several grocery stores over the years, including Dillons.

In 1910, a man with a new ideas for grocery stores came to Newton. J. S. Dillon was a successful businessman from Sterling, Ks where he operated a wagon and buggy repair shop since the 1890s.

He bought out Lee-McDaniel Store, south of the tracks, and opened a grocery store on the east side at 314 Main. 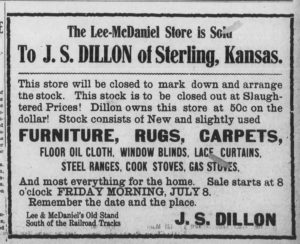 With his new store, Dillon introduced Newton to a new way of doing business – cash and carry. Most businesses operated by allowing customers customers to charge their purchases and pay at a later date. Home deliveries were expected.  Dillon opened “Dillon’s Cash Grocery: Save Money by Buying on the Cash Plan Here.” Dillon’s store did not operate on credit, nor did he provide home delivery. 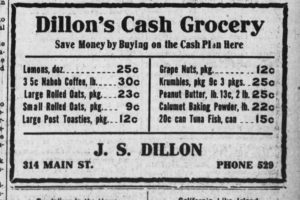 In 1915, Dillon opened a cash and carry store in Hutchinson, Ks.  A year later, he closed the Newton store and focused all of his efforts on stores in Hutchinson. 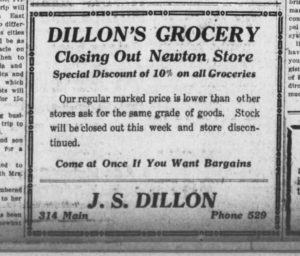 The building at 200 N. Main was the last structure built on the east side of Main in the 200 Block. The 1909 Sanborn Fire Insurance Map notes “2 story brick building to be erected here.”

Between 1910 and 1926, the two-story brick building  was home to many grocery stores. The first business was the Star Grocery which opened December 1910 at 200 Main. 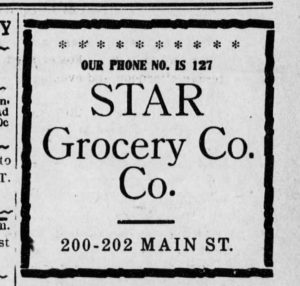 The Star Grocery moved to a location at the corner of Broadway and Main,  Newton in approximately 1917. 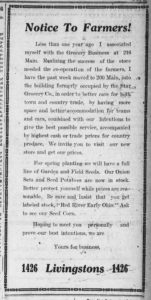 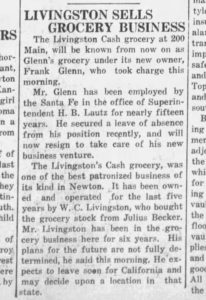 In approximately 1926, J.S. Dillon returned to Newton and located his business at 200 Main. 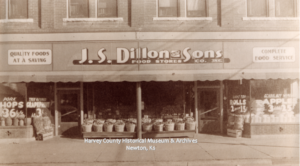 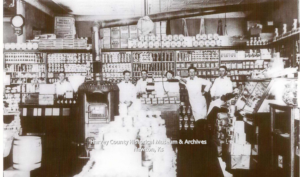 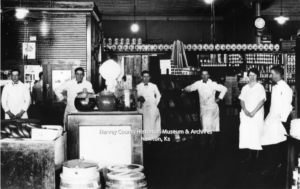 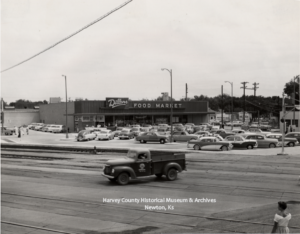 Inside the new store at 320 Main 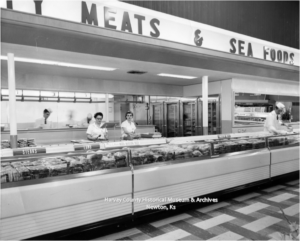 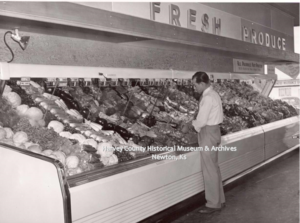 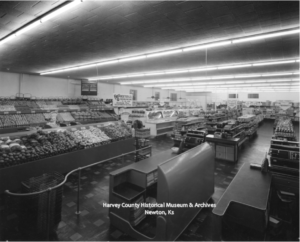 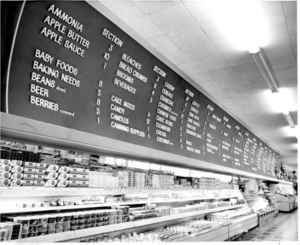 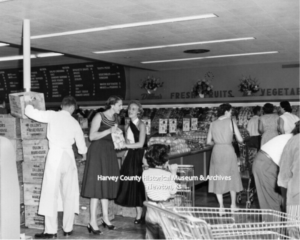 Today, Furniture Warehouse is located at 200 Main and the Dillons location at 320 Main is closed.