Signs Along the Highway

I had the opportunity to travel for vacation a few weeks ago, and as we were driving in Illinois on I-72, this sign caught my eye. 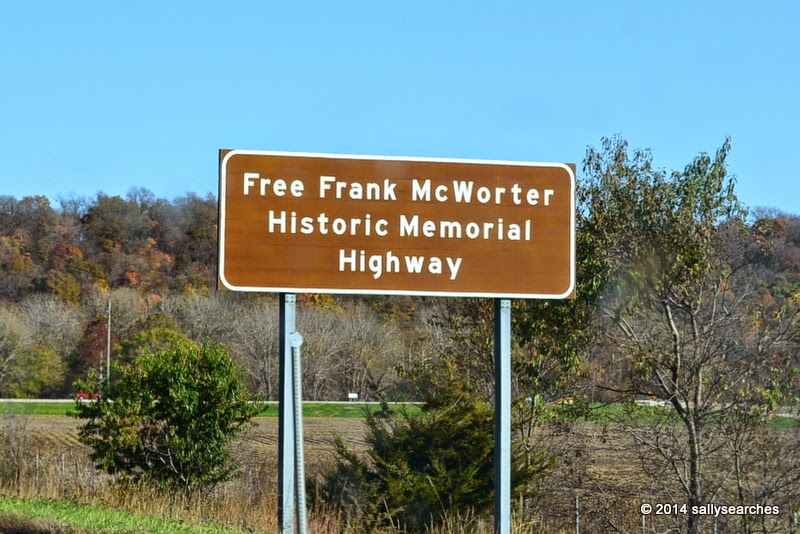 Who was “Free Frank McWorter” and what connection could he have to Harvey County, Kansas?

Who Was Free Frank McWorter?

In 1777, on a South Carolina plantation, Frank was born.  His mother, Juda, was a West African slave; his father was the plantation owner of Scottish and Irish descent named George McWorter.  In the early 1800s, Frank was sent to Kentucky to run a farm for his owner.

As a young man, Frank began planning for his freedom. Even as a slave, he saved money. In 1817, he purchased his wife, Lucy, and two years later he negotiated his own freedom. 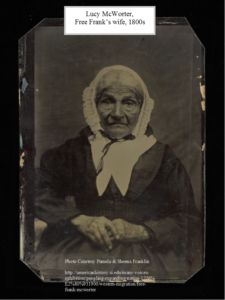 Frank was 42 when he gain his freedom. By 1830, he purchased his oldest son and moved his free family members to the Illinois frontier.  He established a farm near the Mississippi River that came to be known as New Philadelphia.  Over the next 40 years Free Frank purchased 13 members of his family at a cost totaling approximately $14,000.

Free Frank died near the community he helped build on September 7, 1854.  Lucy lived until 25 August 1870. Both are buried in the McWorter Cemetery, Hadley, Pike County, Illinois. 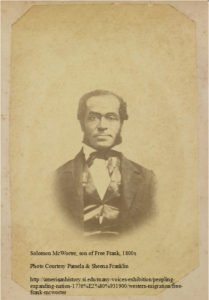 His son, Solomon,  continued the work of purchasing freedom for family members. In 1857, he purchased freedom for Charoltte Cowan, a granddaughter of Free Frank. 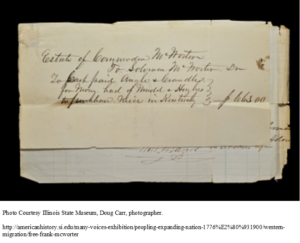 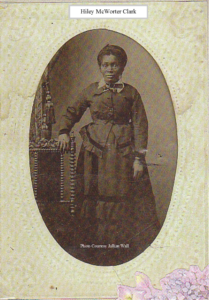 In March 1857, Sally McWorter’s daughter, Hiley (1834-1929) married Alexander Clark.  The Clark family traveled to Valley Center Township in Sedgwick County, Ks to homestead in 1873. Alexander was described as “an enterprising farmer on section 34, Valley Center Township.”  On the 160 acre section of land, he engaged in “raising  fine grade cattle and Poland-China hogs, as well as the raising of cereals.”  Hiley and Alexander had seven children including Maggie. 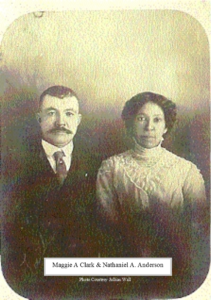 Maggie married Nathaniel “Nate” Anderson in 1899.  They had seven children. They raised their children in Harvey County and for a time Nate owned the pool hall “around the corner from fourth street.” Later in life, “he took up gardening and his flowers and vegetables were a joy to all who saw them.” (Newton Kansan, 4 April 1951)

Nate Anderson died in 1951, Maggie died in 1966 and both are buried in Greenwood Cemetery, Newton, Harvey County, Kansas.

Nathaniel Anderson was the son of early Harvey County pioneers, David Anderson and Mary Rickman-Anderson-Grant. Nate came  in 1871 with his parents and lived on the family homesteaded east of Newton.

In fall of 1990, an article entitled “Freed from Obscurity” was published in the Chicago Tribune. The article was the result of painstaking research by Dr. Juliet E.K. Walker.  Her goal was “to put her great-great-grandfather’s gravesite on the state’s map and into public consciousness.”  She was successful. The gravesite was listed in the National Register of Historic Places.  In addition,  the portion of I-72 near the site of New Philadelphia was named the “Free Frank McWorter Historic Memorial Highway” and the state of Illinois put up a sign.

Want to learn more about this family and the ties to south central Kansas?

On Monday evening, September 10, 2018, at 7:00, family historian,  Karen Wall will present “Voices of Freedom, The Story of the McWorter Family”   at the 2nd Monday  Family History & Genealogy Group in Goessel, Ks. She will share the amazing research she did in discovering her grand-daughter’s heritage. The meeting will take place in the Goessel City Building Community Room, 101 So. Cedar St., Goessel.  For more details on this program please call  the Mennonite Heritage & Agricultural Museum at 620-367-8200.

We are indebted to Karen Wall, Newton, Ks, for her tenacious family research that provided the background for this post.