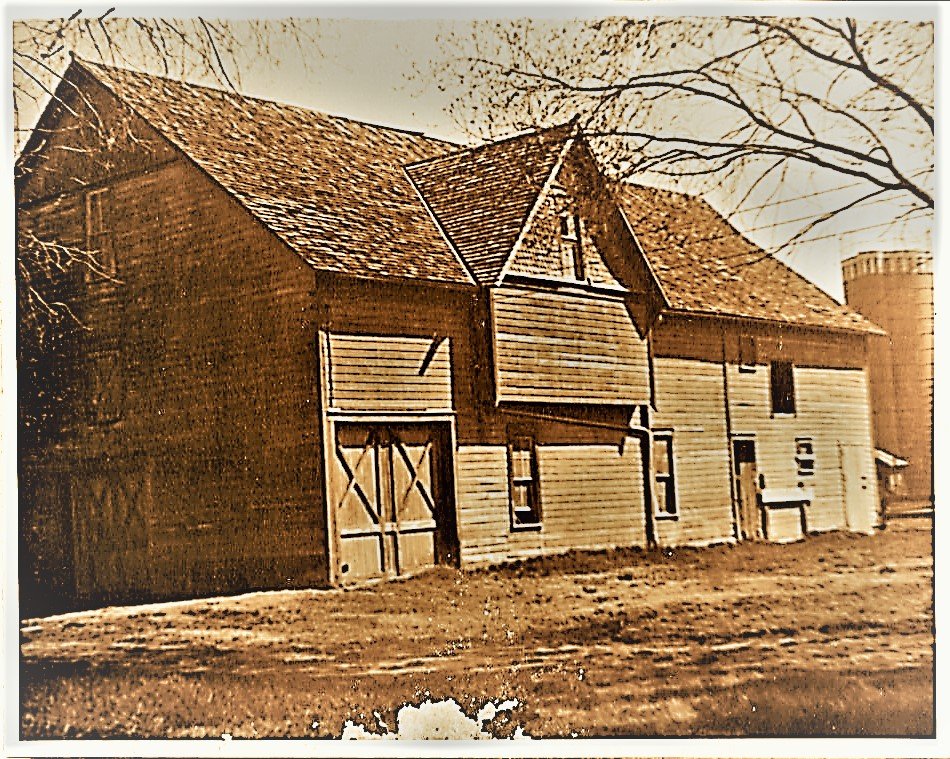 The Koppes Dairy – High View Farm. 1890s – 1960s. The Daniel G. and Catherine Koppes family moved from Ohio to Kansas in 1881. Daniel was a cabinet maker, carriage painter and businessman. The Koppes family bought 160 acres west of present-day North Newton. The home, originally two and a half stories, was built in 1883. In 1935, the top story was removed and altered to its present appearance. Before the automobile, the Koppes farm became a natural stopping point for travelers. People from Moundridge coming to Newton would often stop here for dinner or to rest their horses. The Bethel College board also met in the Koppes home on occasion. In the late 1890s, the Koppes dairy farm was established with milk and cream being sold directly to the public as well as to such area creameries as the Fred Harvey Co., the Zimmerdale Creamery Co. and the DeCourse Creamery Co. The Koppes family closed the dairy in the mid-1960s. Undated photo: Collection of Ronald Dietzel.