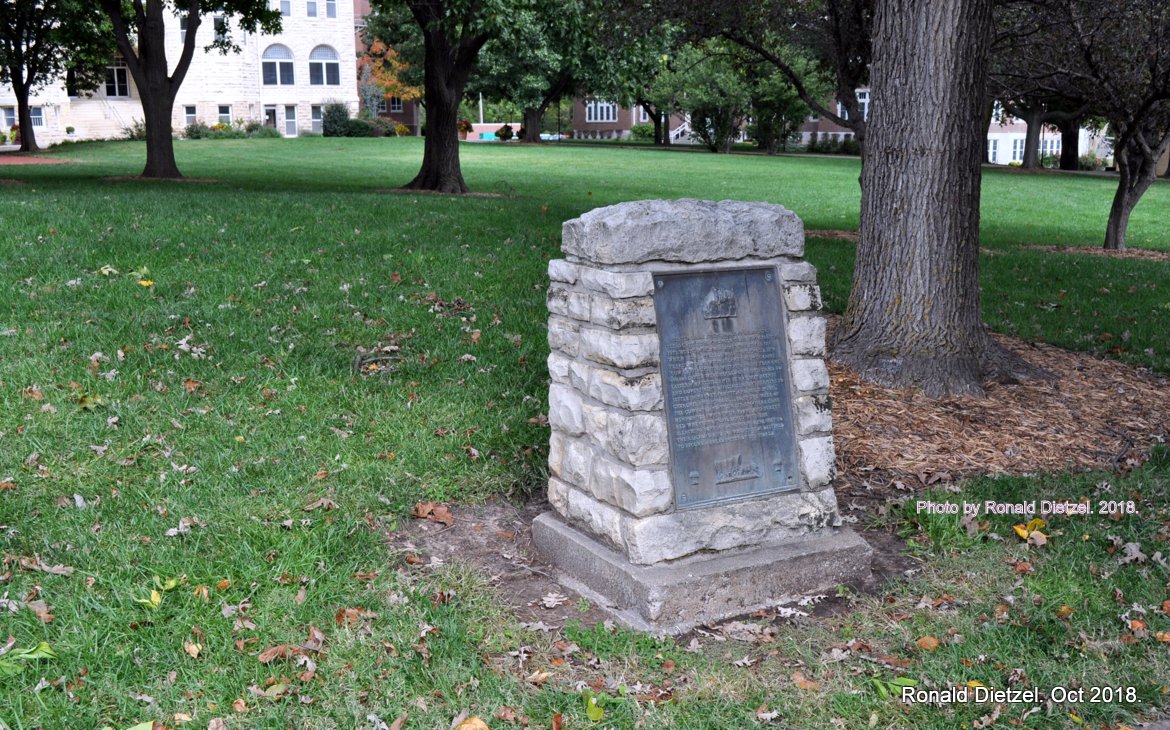 (I) Eastern, Abilene and Chisholm Trail System – Nicknamed the “Chisholm Trail.” Less than half of the volume of cattle driven from Texas traveled this trail; one which was shorter in length than later trails that led to Nebraska, Colorado, Wyoming, Montana and the Dakotas. The Eastern, Abilene and Chisholm Trail was not the first cattle trail from Texas nor was it the last. It was one of several routes used by Texas drovers to move their herds to the railheads and livestock markets. Compared to today’s practice of naming everything, cattle trails during their time of existence were often not known by any name. If the drovers did name them, it was usually for the destination or a landmark along the route. For the specific cattle trail which went through Harvey County, the various drovers’ names from the early days were listed on the previous page. The most used were the Abilene Trail and the Texas Trail. Eventually, the trail was called by a nickname, the “Chisholm Trail,” a misnomer which suppressed the other names. Since the early 1900s, the “Chisholm Trail” received more publicity than all of the other trail systems combined. While it was certainly important and had its place in history, the propaganda and promotion of the nickname was such that, in the 1910s and 1920s, the trail moved into the realm of folklore. Developing into a body of popular myth and unsupported beliefs, the nickname and major misperceptions of the trail’s location and length cemented themselves into the public’s mind. As a result, facts have been obscured and overshadowed by legend. Having started as a trade route and simple cow path during the cattle trailing era, the “Chisholm Trail” has become the focus of folklore and tourist attractions, museums, shopping centers, schools, restaurants, casinos, hotels, etc. In turn, there’s been a 100 year old controversy and debate over the folklore vs. the reality of the Eastern, Abilene and Chisholm Trail System (and, in turn, the Abilene/Chisholm Trail portion). Abilene/Chisholm Trail marker on Bethel College campus, North Newton. Photo credit: Ronald Dietzel. October 2018.