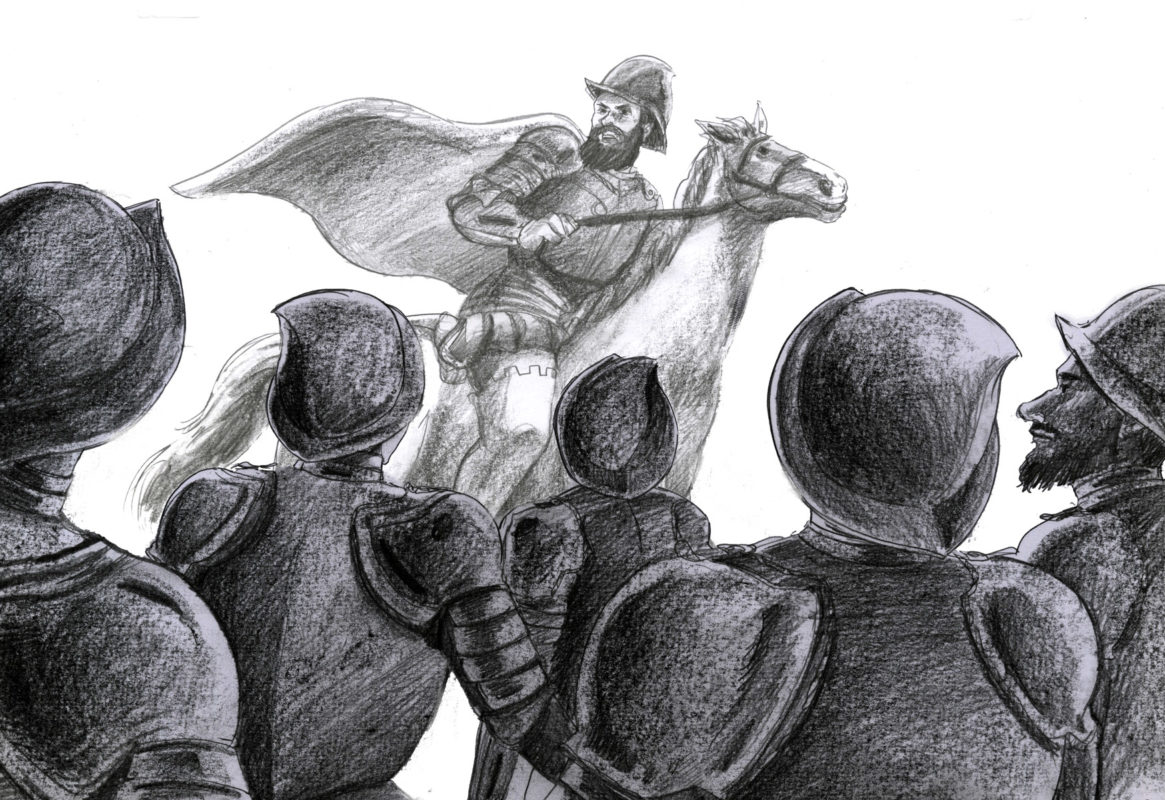 (A) Humana/Bonilla Expedition of mid 1590s – A Spanish Exploration Trail. An intriguing trail parallels the Little Arkansas River as it cuts across Alta Twp in the northwest corner of Harvey County. This trail has been traced as far as Arkansas City, Kansas. Indicators suggest it might be from the Spanish Humana/Bonilla expedition of the mid 1590s. Consider this: The Spanish government officially sanctioned the Captain Leyva de Bonilla expedition as a punitive operation against the Gavilian Indians in today’s Mexican state of Chihuahua. However, it became an unauthorized enterprise when Bonilla focused on trying to find rumored gold and silver treasure in New Mexico. Between not finding any riches and then hearing about the wealth of “Quivira,” Bonilla’s party traveled eastward into the Great Plains about 1595. Within today’s south-central Kansas, the Humana/Bonilla explorers came to a very large settlement of the Wichita tribe. Not finding treasures, the expedition continued on another several days into the Great Plains. In 1601, Governor Juan de Onate used the input of Jusepe Gutierrez, a survivor of the Bonilla party, to try to locate the Humana/Bonilla explorers, only to learn most of the members had died. Like Bonilla, Onate also found a large Wichita settlement. Some 400 years later, there are strong indications it’s the settlement found at today’s Arkansas City, Kansas. Populated by the Wichita tribe, the city – called Etzanoa – had at least 20,000 indigenous residents. Did the two Spanish expeditions find the same Wichita settlement? Did the Humana/Bonilla group and/or the Onate explorers go through Harvey County as they wandered over the Great Plains? Getting verification from the translated Spanish documents is not definitive since some things match and other things don’t. Thus, more research and documentation is needed. Illustration credit: https://etzanoa.com 11 Feb 2019.