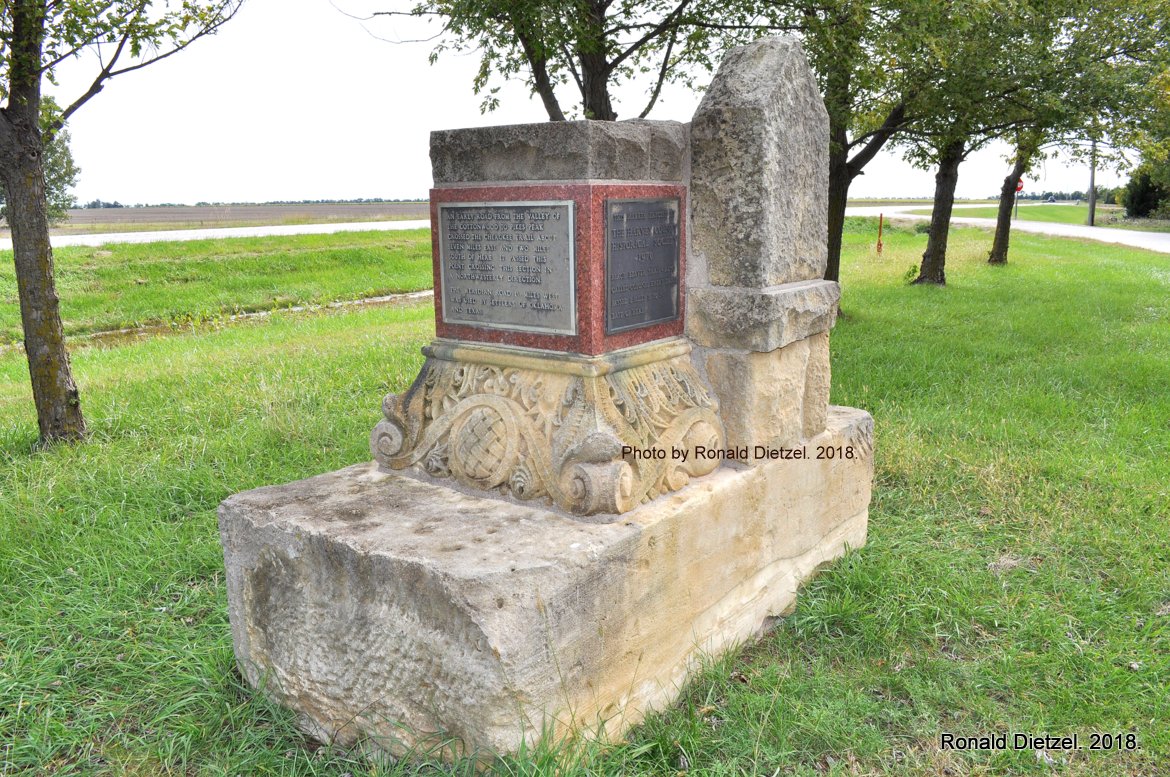 Harvey County – Crossroads of Significant Regional Trails. Prior to Euro-American settlement of the area, an abundance of wildlife created a multitude of trails as the animals sought water crossings, protection, food sources and ways around obstacles. Many of these trails became the predecessors of the trails utilized by Native Americans over many generations. Repurposing continued as Euro-Americans appropriated the trails for their own transportation and traveling needs. A 1593 exploration trail is attributed to the Spanish Humana/Bonilla Expedition. Gold Rush trails consisted of the Cherokee Trail of 1849 and the Valley of the Cottonwood to Pike’s Peak Trail of 1858. Military trails included the Lt. Col. Morrison Trail of 1857; the Black Beaver/Col. Emory Trail of 1861; and, the Ft. Harker to Wichita Trail of 1868-69. Travelers used the Ft. Zarah to El Dorado Trail of 1871-72 as a shortcut off the Santa Fe Trail. Cattle related trails included the Abilene/Chisholm Trail of 1867-1871; the Stagecoach Return (Abilene, KS to Texas); and, the 1871 trail of the Four Horsemen of Wichita. Note: Within the general vicinity of many of these trails is the historical marker shown in the photo. The signage is located north of Newton in a small roadside park on Highway K-15 at the Harvey/Marion county line. Photo credit: Ronald Dietzel. October 2018.