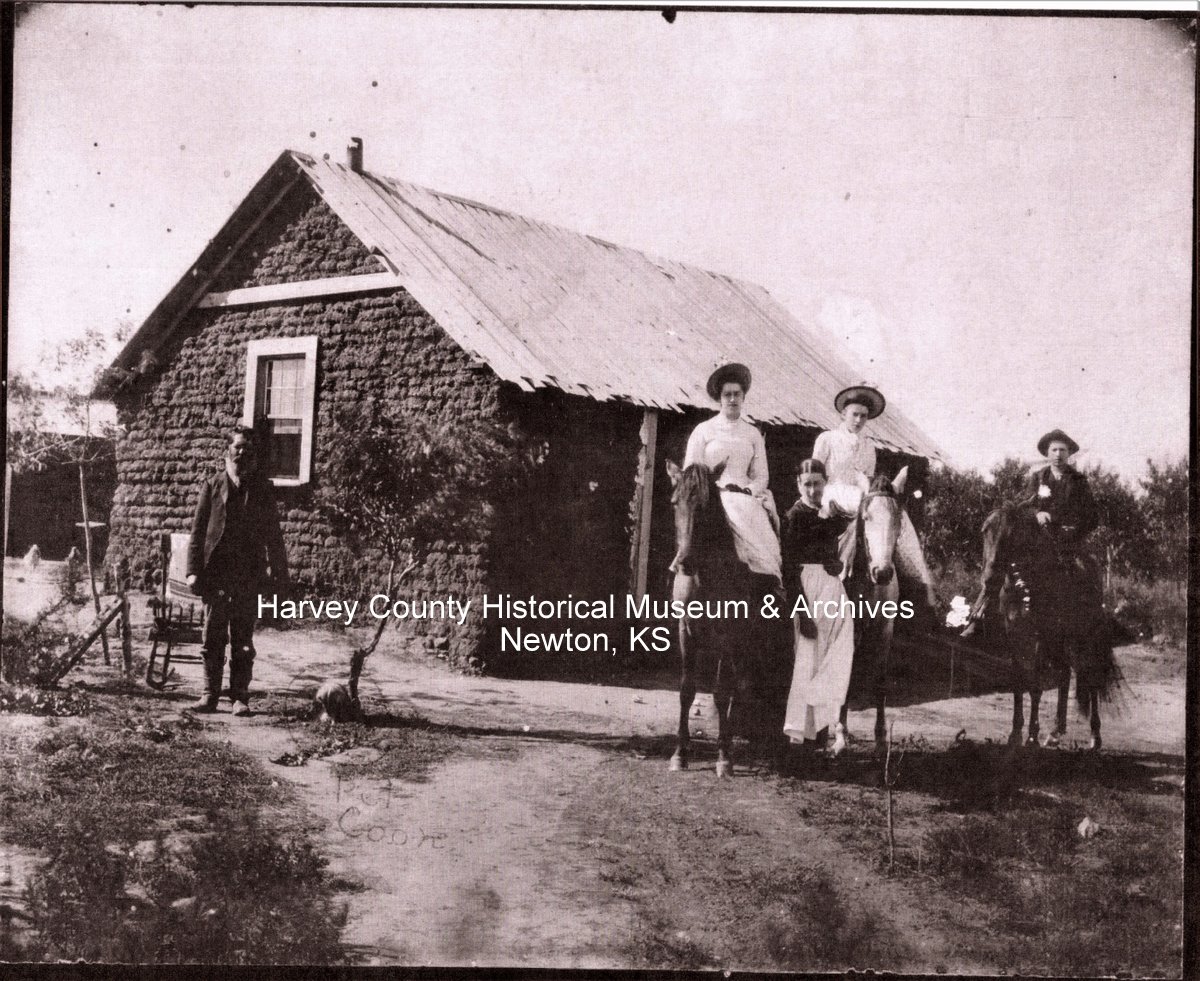 One of the first good “soddys” in Harvey County. People and location in Harvey County are unknown. Most of the earliest homesteads in present-day Harvey County were established in 1869. Many were located in the general vicinity of the town of Sedgwick and Sedgwick Twp. A portion of the town of Sedgwick was laid out. Early settler names within the Sedgwick area were Floyd, McOwen, Schaeffer, Corgan, Wright, Decker, Hurd, and Wetherell. Additional settlers in 1869 were reported to have been living in the following townships (twp) of Harvey County. In Richland Twp, there were Neiman, Lawrence, and Wilcox who settled on the West Whitewater River. In Lakin Twp, there were Kimball and Hanna. In Macon Twp, there were Perry, Cleveland, Alexander, and Goody who had a cattle ranch. Photo: HCHM collection.