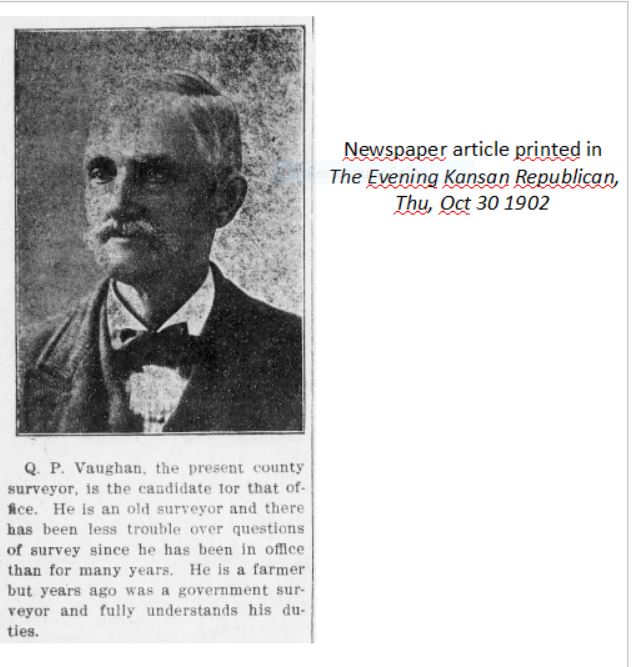 Quincy Vaughan, Harvey Co Surveyor. In 1856, Vaughan worked in eastern Kansas Territory surveying for the United States government. He took a civil engineering course prior to working for the government. By 1874, Vaughan settled in Kansas with his wife and three sons on a homestead near Peabody. In 1898, he moved to Newton. Vaughan continued his surveying work throughout his life and served as Harvey County Surveyor for fourteen years. He died in 1918.